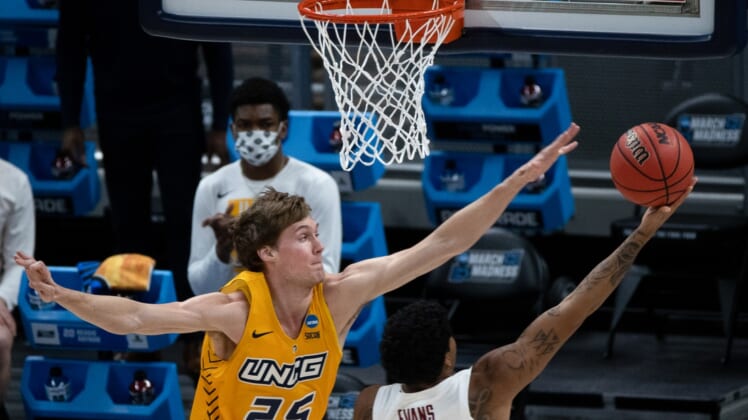 RaiQuan Gray scored 17 points and Florida State relied on defense to take down UNC Greensboro 64-54 in Saturday afternoon’s first-round game of the NCAA Tournament at Bankers Life Fieldhouse in Indianapolis.

Balsa Koprivica added 13 points and Anthony Polite had 12 points for the Seminoles.

Fourth-seeded Florida State (17-6) takes on fifth-seeded Colorado, a victor against Georgetown, in Monday’s second round.

Florida State won despite not connecting on any of its nine 3-point attempts. UNCG shot 7-for-27 on 3-pointers.

Florida State led 47-38 before the Spartans rallied within one point at 49-48 on Miller’s jumper with 5:38 left. However, the Spartans went more than five minutes before making their next field goal.

Koprivica got into foul trouble so that seemed to hurt the Seminoles’ cause. Florida State, which had a season-high 25 turnovers in losing last Saturday’s Atlantic Coast Conference tournament title game to Georgia Tech, didn’t totally shake that problem as it was charged with 15 giveaways.

Florida State held a 29-26 halftime edge after starting the game on a 23-7 run. The Seminoles expanded the advantage again, going up by 12 points with a strong start to the second half.

Miller, a senior guard who was the Southern Conference’s Player of the Year and no relation to UNC Greensboro coach Wes Miller, scored in double figures for the 100th time in his career.

The Spartans didn’t have the frontline size to contend with the Seminoles, as UNC Greensboro dropped to 0-4 all-time in NCAA Tournament play, including a four-point loss to Gonzaga in 2018.