Raiders legend Daryle Lamonica passes away at the age of 80 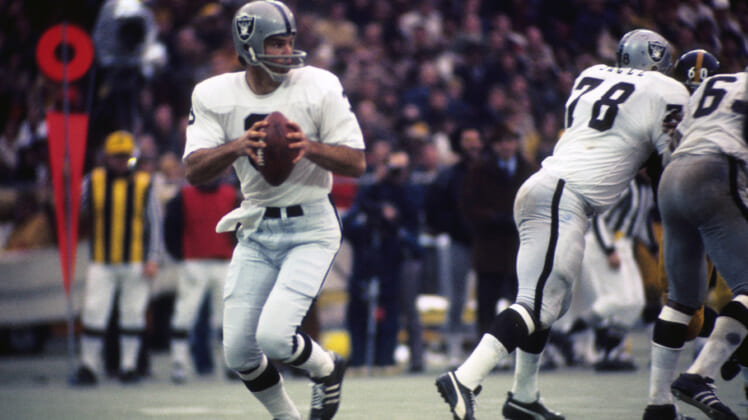 Daryle Lamonica defined a bygone era of Raiders football — one that was defined by hard-hitting football and pure dominance.

Unfortunately, a Las Vegas Raiders organization that has dealt with a ton of losses recently is now mourning the passing of Mr. Lamonica at the age of 80 years old.

The five-time Pro Bowl quarterback’s son, Brandon, confirmed to Fox 26 News in Northern California on Thursday that Lamonica has indeed passed away from natural causes.

A 24th-round pick of the Buffalo Bills in the 1963 AFL Draft, Daryl Lamonica came to the professional ranks after starring under then-head coach Joe Kuharich with Notre Dame from 1960-62.

After four seasons as a backup with the Bills, Lamonica was traded to the Raiders in March of 1967 for a package including all-time great Raiders legend Tom Flores.

The rest is pretty much history here. Lamonica led the Raiders to a 36-4-1 record in his first three seasons as the team’s starter under John Rauch and the late-great John Madden. That included a Super Bowl appearance in his first season.

Raiders community dealt another blow with the death of Daryle Lamonica

Lamonica was more than a pure football player and statistics. He remained a key figure around Raider Nation following his retirement. He was a community leader and a family man.

As for the Raiders’ organization and others who are close to the Las Vegas-based team, this is another sad day in an era filled with too many of them. That includes the recent death of legendary former head coach John Madden.

The Raiders have also lost the likes of Cliff Branch and Kenny Stabler in recent years. Lamonica’s death hit those close to the organization pretty hard.

“Daryle remained an integral special part of the Raiders organization well after his playing days ended. I shall forever appreciate and cherish the memories of watching practice and games with him and of discussing team and league business with him. When one thinks of the Raiders, one should always think of Daryle.

Our thoughts go out to Lamonica’s family and friends as well as the entire Raiders’ football family during these most difficult of times.