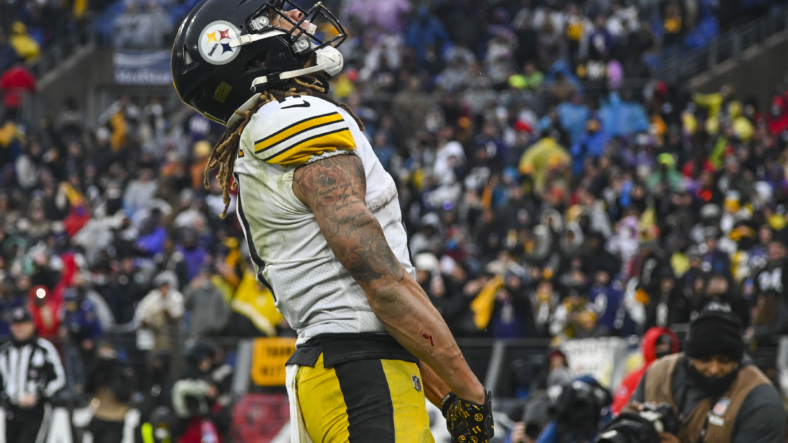 The Steelers have a pretty dynamic pair of young wide receivers at their disposal. While Diontae Johnson is getting the bulk of the attention after a breakthrough season in 2021 where he pulled in 1,161 yards through the air, the team also has another budding star in Chase Claypool. Similar to his wideout wingman Johnson, Claypool has had two strong years in his first two seasons in the league and seems primed for a similar year-three jump.

While the former Notre Dame star had a quiet Week 1 performance and only racked up 18 yards on four catches, numbers like that are not expected to be the norm for the rest of the season.

Belichick on Pittsburgh Steelers Chase Claypool: ‘He can get you in a lot of different ways’

The potential Claypool has as a deadly player at the pro level was a topic of conversation during Bill Belichick’s weekly press conference as he spoke about their upcoming matchup with Pittsburgh at 1:00 PM ET in New England. And it seems that the six-time Super Bowl-winning coach feels Claypool has a similar impressive skillset to a former Patriots great who played a different position. 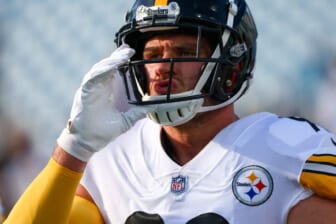 Claypool is listed as 6-foot-4 and 238 pounds. The legendary Patriots tight end, and former Tampa Bay Buccaneers star is 6-foot-6 and over 260 pounds. A good bit bigger, but that says alot about the force Claypool brings to the field if such a great coach compares him to one of the best pass catching tight ends in NFL history.