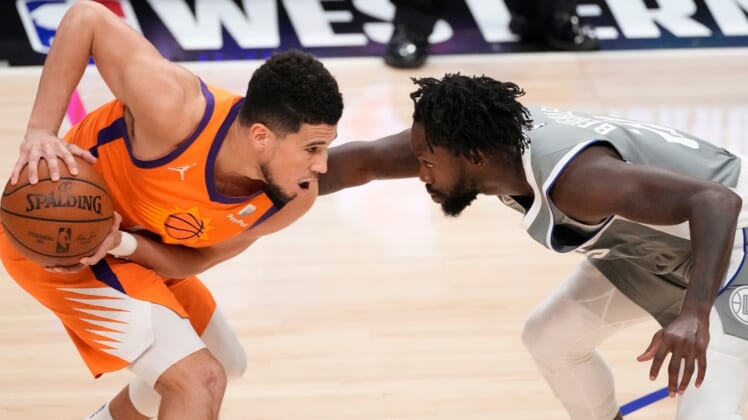 The Phoenix Suns are being heavily backed to close out the visiting Los Angeles Clippers in Game 5 on Monday night and secure their first trip to the NBA Finals since 1993.

The Clippers have rebounded from consecutive 2-0 series deficits to win their first two rounds in the playoffs, but fell behind 3-1 to the Suns with an 84-80 loss at home on Saturday. If Los Angeles is going to stage a third dramatic comeback, it will need to reel off three consecutive wins — including two in Phoenix — to do so. 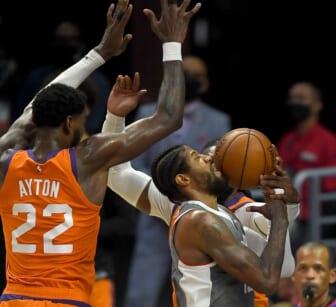 That has contributed to the Suns becoming the -5000 favorite to win the series over the Clippers (+1400).

The series that has taken a defensive turn after a free-wheeling, 120-114 Phoenix win in Game 1.

While much attention has been on veteran guard Chris Paul, who missed the first two games while in COVID-19 protocol, and his bid to reach the NBA Finals for the first time in his 16-year career, the Suns have ridden a strong defense led by anchor Deandre Ayton to their commanding position.

Playing in his first postseason, Ayton has been the Suns’ individual standout after Devin Booker’s 40 points led the way in the series opener. The No. 1 overall pick in the 2018 draft has recorded double-doubles in each of Phoenix’s last two wins, including a dominating 19-point, 22-rebound effort in Saturday’s critical victory.

With Ayton protecting the hoop, the Suns limited the Clippers to 32.5-percent shooting overall and 5-for-31 (16.1 percent) on 3-pointers in Game 4. This allowed the visitors to eke out a win despite hitting just 36.0 percent of their own shots and four of their 20 attempts from beyond the arc.

A Suns win would not only make them the first Western representative from outside the state of California to make the Finals since 2014 but also just the second No. 2 seed to advance from the West since 2013. Golden State, who made five straight Finals appearances before the Los Angeles Lakers did it last season, was the last No. 2 seed to advance out of the West in 2018.

Clippers coach Tyronn Lue, whose Cleveland Cavaliers got swept in the Finals by Golden State in 2018, would like to keep the California run going. But his team will have to do something only three teams have done before — rally from a 3-1 deficit in the conference finals.

Golden State was the last to do it when it overcame Oklahoma City in 2016.

Los Angeles does have recent experience in 3-1 series. The Clippers led Denver 3-1 in the Western semifinals last season before losing three straight.