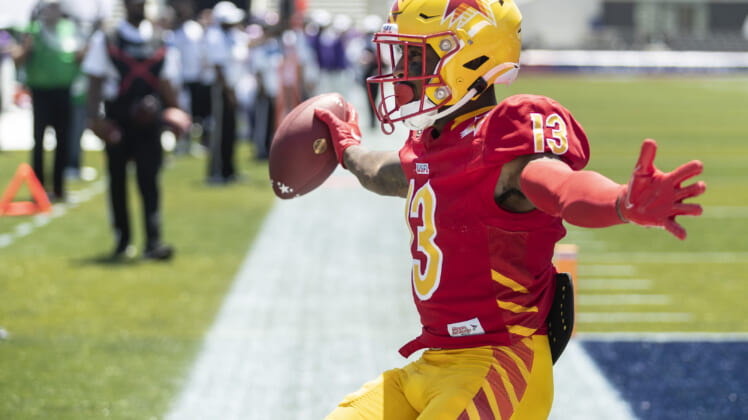 Like any new venture, the USFL has had its own ups and downs in the first two weeks of the season. But it’s early yet and there have been several interesting innovations as well. One of those advancements includes offering teams a chance to go for a three-point conversion after scoring a touchdown, which is exactly what the Philadelphia Stars did in Week 2 against the Pittsburgh Maulers.

After a Bryan Scott touchdown pass to Maurice Alexander to make the score 27-23, in the Stars’ favor, head coach Bart Andrus decided to go for the three-point play. This led to another Scott drop back in which he found running back Paul Terry who was able to reach the end zone, helping the Stars go up by seven points which was the final score.

In this case, the three-point attempt wasn’t 100% necessary, it was moreso put in place to allow teams to never be completely out of a game. Yet at the same time, using the idea to put yourself a full touchdown and extra point ahead isn’t a bad approach either.

This is what makes the one, two, or three-point after attempt so interesting. How will coaches continue taking advantage of the option to score more, instead of trusting the kicker for a point that is no longer automatic.