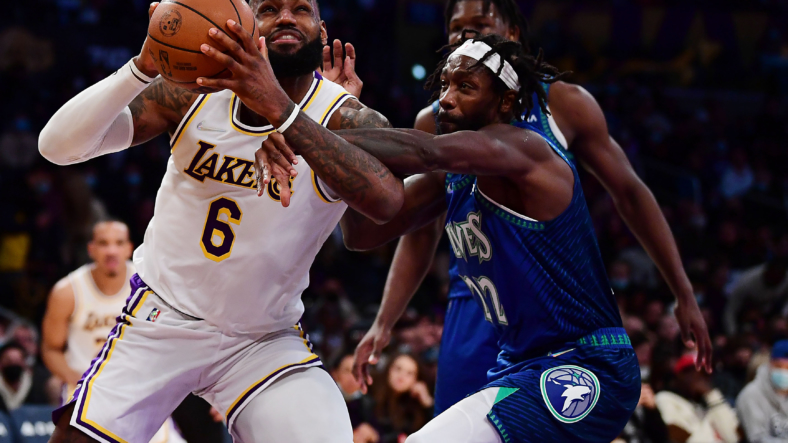 New Los Angeles Lakers guard Patrick Beverley was at the team’s facility Tuesday to talk with the media. A boisterous personality dating back to his rookie season of 2012-13, Beverley did not hold back in discussing his new teammates.

When a reporter brought up that Beverley would be playing with LeBron James and Anthony Davis, the veteran point guard responded in kind.

Well, tell us how you really feel. Beverley, 34, was an original second-round pick of the Lakers back in the 2009 NBA Draft. He didn’t break camp with the team. Instead, the former Arkansas standout had to play overseas in Greece and Russia for two seasons before latching on with the Houston Rockets in 2012-13.

Outside of shading LeBron James and Co., Beverley also decided to take a cheap shot at his former Los Angeles Clippers team.

“I know what it feels like to be a Laker and a Clipper,” Beverley said. “I’ve been on both sides, and I like it over here a bit better.”

Man, the Clippers are taking strays on their off day. That’s some harsh stuff right there.

A three-time All-NBA Defensive Team performer, Beverley suited up with the Minnesota Timberwolves a season ago. His veteran presence helped them make a rare playoff appearance. But he proved to be expendable once the Wolves dealt the guard to the Utah Jazz in part of a package for All-Star center Rudy Gobert.

Acquired from Utah in a trade last month, Beverley will now join Russell Westbrook in the Lakers’ backcourt. At this point, there’s no telling who is going to start for a team that’s coming off an ugly 49-loss season and doesn’t seem to be legitimate NBA title contenders.