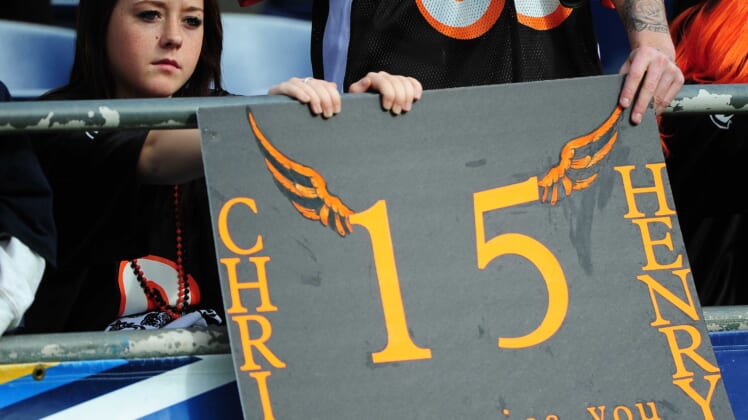 While former NFL star Pacman Jones earned a complicated reputation during his playing career, the ex- cornerback stepped up for one of his teammates during a time of crisis. years after Chris Henry passed away, Adam Jones continues to step up as a father figure.

Chris Henry was a 26-year-old wide receiver for the Cincinnati Bengals, drafted with a third-round pick in the 2005 NFL Draft. Just as he started to make a bigger impact on the offense, the 6-foot-4 wideout died tragically in an accident.

Henry died on Dec. 17, 2009, just a day after a domestic dispute with his fiancée ended with him falling out of the back of his pickup truck and striking the road. An autopsy later revealed he died from blunt force trauma.

Henry left behind three children at the time, including 2-year-old Chris Henry Jr. Years later in September 2021, Jones revealed that he adopted both of Henry’s sons. 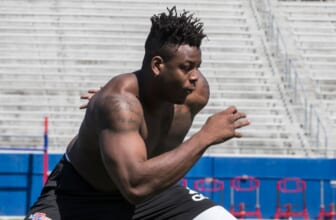 Jones and Henry shared a strong bond. They were teammates at the University of West Virginia, forming a connection. Following his friend’s death, Jones stepped up in whatever way he could.

Now, Chris Henry Jr. is one of the top college football recruits in the country. While he hasn’t received an official star rating from 247 Sports, he is receiving interest from programs across the country. Most recently, per the New York Post, Jones and Henry Jr. visited the Miami Hurricanes.

The teenage wide receiver out of Cincinnati, Ohio is a member of the 2026 recruiting class and already boasts offers from West Virginia, Ohio State and Miami. While he is several years away from being playing at the college level, he is clearly on a path that would make his father proud and it’s clear Pacman Jones played a huge part in helping him reach this point.