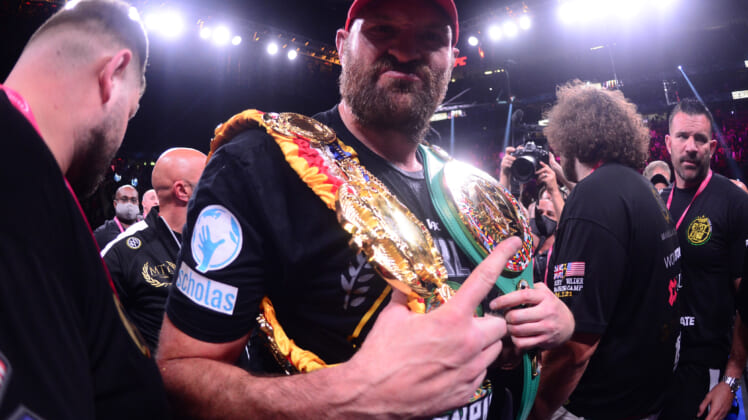 UFC heavyweight king Francis Ngannou says he will not re-sign with the promotion unless a Tyson Fury fight is guaranteed in any new deal.

Francis Ngannou’s UFC future is in a bit of limbo at the moment. The current champion of the heavyweight division has completed the teams of the multi-fight deal he signed a few years ago. However, his contract — like many MMA deals — includes a “champion’s clause” which extends his contract for another year and adds three more fights. The Cameroonian goliath is not interested in competing for the promotion at his current pay rate. Which is $600,000 per fight.

The 17-3 champion understandably would like a sizable increase in pay, since he outperformed his most recent contract and successfully defended his championship for the first time in January at UFC 270. Ngannou and his representation feel strongly about their stance and the reigning champion is willing to wait out the extension to his deal while he recovers from major knee surgery in March.

Hammering out a long-term deal for big bucks with many athletes often takes time, but there has been legitimate animosity between the two sides in recent months as they haggle over the details of a possible deal. One of the recent additions to a new pact has been Ngannou’s desire to compete against heavyweight boxing superstar Tyson Fury. The two have flirted on social media about a possible bout and the UFC star was in attendance for Fury’s successful title defense against Dillian Whyte on Saturday.

During a Monday appearance on the popular MMA podcast “The MMA Hour,” Ngannou revealed that the relationship between both sides is on decent footing currently. However, as much as he wants a pay increase, he explained that a fight with Tyson Fury is a must if he is to re-sign with the MMA world leader.

While Ngannou admitted in the conversation he can sit out until 2023 and make the Fury fight happen on his own, he would much rather stay in the UFC and take part in several major money making fights against the likes of UFC superstar Jon Jones, and former heavyweight titlist Stipe Miocic.

“I think the UFC is a great promotion and I want to keep fighting,” Ngannou said. “Tyson Fury is not my last fight. I want to keep fighting after Tyson Fury. There’s still a lot of fights out there. There’s Jon Jones, there’s a trilogy with Stipe, there’s a big fight I can do in the UFC, so I would really like that to happen. I would really like also to get to a common point. Yes, I can do Tyson Fury on my own, but what next? I would like to keep fighting. I would like for us to come to an agreement, but for that, they have to have a good understanding of the situation.” 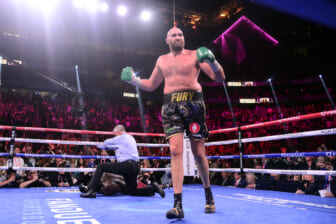 There is no timetable on when Ngannou will be ready to return to the Octagon following knee surgery. While the Englishman has been open about his enjoyment of MMA and the possibility of competing in the cage, a Fury vs Ngannou bout would most likely occur in a boxing ring.