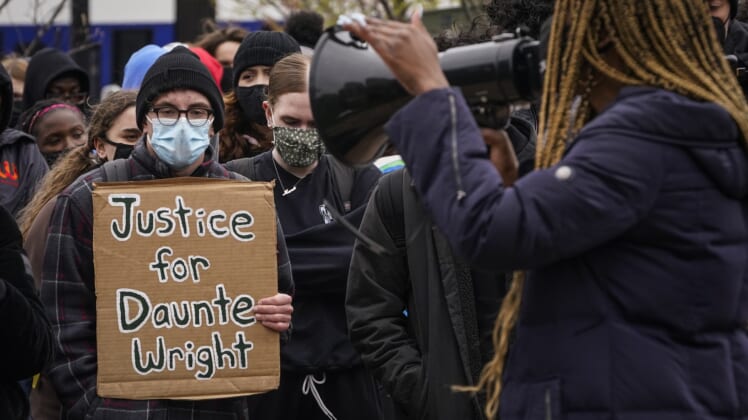 The NFL and other major sports leagues around the United States made it clear last year that they stand for social justice in the United States at a time when racial tensions continue to be a part of the American experience.

In fact, Commissioner Roger Goodell made waves last spring by showing support for the Black Lives Matter movement following the death of George Floyd in May. In that release, Goodell admitted that the NFL mishandled the Colin Kaepernick-led national anthem protests from years before.

Now, with racial tensions boiling over around the United States and a pending verdict in the murder trial of former Minneapolis police officer Derek Chauvin stemming from the death of Mr. Floyd, the NFL is reaffirming its support for social justice.

“We have all been witnessing an unspeakable amount of violence across the country,” the memo, obtained by PFT, reads. “Our minds are also focused on the Derek Chauvin trial which is reaching its conclusion,” Goodell wrote in a memo to league employees. “We wanted to make sure you are aware of resources the league offers to employees through our Employee Assistance Program (EAP). The trauma, emotion and anger that follows violence is difficult to bear. Please know that the NFL stands committed to using our platform to foster these conversations and to put in the work necessary to fight for social justice and to prevent these situations from happening over and over again.”

The memo comes after a couple weeks of further issues with authorities around the United States and minorities in this country. A 13-year-old boy by the name of Adam Toledo was shot and killed by a police officer in a situation that was harrowingly caught on video.

Back in April 11, a Brooklyn Center police officer fatally shot a 20-year-old African-American man by the name of Daunte Wright in a traffic stop. Said officer has since resigned and is facing criminal charges.

As Goodell noted in his memo, this week could also be defined by a verdict in the Derek Chauvin murder case. He’s facing multiple felony charges, including second-degree murder. The NBA has already sent a memo to its teams indicating a preparedness to postpone games pending the result of said verdict.

For his part, the NFL Commissioner took time to focus on helping reestablish trust between authorities and minority communities around the United States.

“NFL players are leading this work, and the league and clubs will continue to join them in helping to establish trust between communities of color and law enforcement and prioritizing new approaches to training, de-escalation and community engagement with police officers,” Goodell noted. “As many of you know, the NFL and Players Coalition are supporting a number of organizations that are working tirelessly and specifically in this area: The Center for Policing Equity (CPE), The Council on Criminal Justice (CCJ), Metro Family Services, and The Vera Institute of Justice. These organizations have gone to great lengths to reimagining what policing in America looks like and that work is sparking change across the country.”

A league that’s typically been late to respond to the social injustices and racial inequality embedded within American society, the NFL is no longer taking that approach. It knows full well that the new generation of players on the field are not going to be quieted.

As the rest of the country awaits the verdict in the Derek Chauvin trial, the sports world is also keeping a keen eye on what’s happening in the Twin Cities. It’s a less-important backdrop to what’s happening around the United States right now, the NFL’s response included.