Deshaun Watson will likely never play for the Houston Texans again and with the 2021 NFL season drawing closer, there is growing buzz that he could be on a new team before Week 1.

Amid reports that NFL commissioner Roger Goodell could hold up a deal, many around the league seem to believe that a Watson trade is imminent.

According to Pro Football Talk’s Mike Florio, multiple team executives not involved in the negotiations say there is mounting chatter about Houston trading its franchise quarterback in the coming days.

Even more noteworthy, per Florio, the Miami Dolphins and Carolina Panthers are believed to be the two finalists. While the Denver Broncos and Philadelphia Eagles were once involved, they are holding off due to the ongoing legal uncertainty. 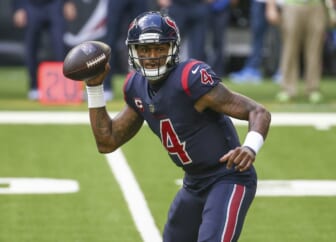 Also Read:
Deshaun Watson could be a ‘healthy scratch’ for entire 2021 season

Will Deshaun Watson be traded?

It’s a bit surprising that so many in the NFL believe Watson is on the verge of being traded, especially considering the teams involved. A recent report hinted that Houston’s asking price was significantly higher for AFC teams, seeking three first-round picks and additional assets.

Considering the strides made by Tua Tagovailoa in training camp and preseason action, it would be a bold move for Miami to unload years of draft capital all for a player who could be facing a lengthy suspension.

While the Panthers have often been mentioned as a potential landing spot, the talk around the league might be speculative. CBS Sports’ NFL insider Jonathan Jones and Panthers’ beat writer Joe Person each tweeted following Florio’s report that Carolina isn’t even interested in Watson at this time.

There is an enormous risk for any team that acquires Watson. He was interviewed by the FBI, is facing 22 civil suits, 10 criminal complaints and is under investigation by the NFL, the Houston police department and is dealing with a grand jury investigation from Harris County.

The NFL won’t place him on the Commissioner’s Exempt list until the criminal investigations conclude, a process that could take months. Since the Texans won’t lower their asking price, any team acquiring Deshaun Watson would be taking on an unprecedented risk.

Considering it’s still not a guarantee he plays in the NFL this year, it’s unlikely a team trades for him before Week 1. 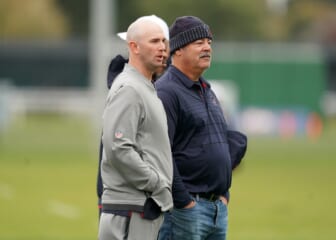