Does Dave Gettleman deserve another year as New York Giants general manager? The franchise thinks so, deciding to retain Gettleman for at least 2021. 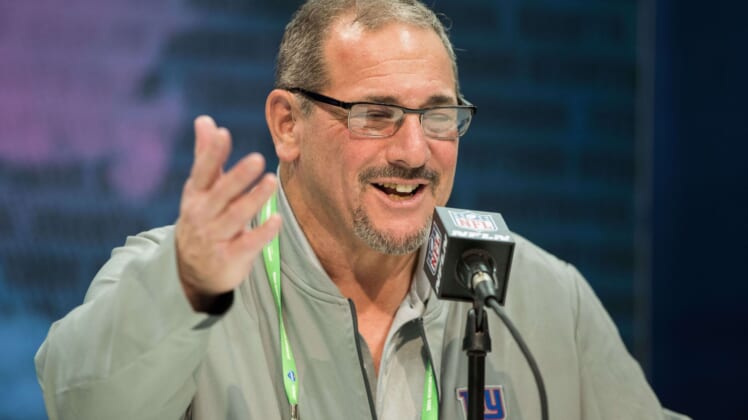 The New York Giants will retain general manager Dave Gettleman for a fourth season in 2021, according to multiple reports.

Despite a dubious draft record and three years of averaging five wins per season, the Giants are moving forward with Gettleman’s role intact.

For all the questionable personnel decisions Gettleman has made, several of his most important moves still have the chance to pay off in a big way. After starting the 2020 campaign 0-5, new head coach Joe Judge helped the G-Men rally to a 6-5 finish, and quarterback Daniel Jones looked strong in his sophomore NFL season when healthy.

If Judge turns out to be a hit and Jones is indeed a franchise QB, Gettleman’s tenure will be a success. Both those outcomes are far from certain. At least Gettleman doesn’t have to worry about Judge deliberately tanking any game, though.

The signature move that launched Gettleman’s tenure was taking a running back in Saquon Barkley No. 2 overall in the 2018 NFL Draft. Barkley has been electrifying when on the field, yet he was banged up in 2019 and missed almost all of this past season with a major knee injury.

Sometimes, that old-school mentality about running backs being franchise changers — not being the most replaceable position in the modern NFL, as it widely known — and similar stubborn viewpoints burn Gettleman. But he went against the grain in hiring the unheralded Judge and drafting Jones, who will go a long way in determining how well the Giants fare in 2021.

Also to consider is the reported, alleged power struggle between Judge and Gettleman. The coach’s influence in the organization is growing as the team improves, and there were whispers Judge’s influence over personnel would grow. If Gettleman’s role is unchanged as is the latest word out of the Big Apple, perhaps he’ll be left alone, or just collaborate a little more with Judge going forward.

With the 11th pick in the upcoming draft, Gettleman must make the most of that prized asset, though. His most recent first-rounder, left tackle Andrew Thomas, was downright awful as a rookie, and Barkley is very much a question mark in his return from injury.

The good news is, the defense is strong, largely thanks to Gettleman acquiring veterans like Leonard Williams, Blake Martinez, Logan Ryan and James Bradberry to build out that unit. Williams in particular is a big offseason priority after logging 11.5 sacks in 2020.

Although Gettleman has only $16.8 million in cap space to work with for this year, Williams is the only real big-ticket free agent to worry about, and re-signing Ryan should be doable, too.

In a weak NFC East, can Gettleman bolster the Giants enough to challenge for the crown in 2021? Time will tell, and the level of play of Barkley, Jones and New York’s new additions needs to be strong to secure Gettleman’s longer-term future.