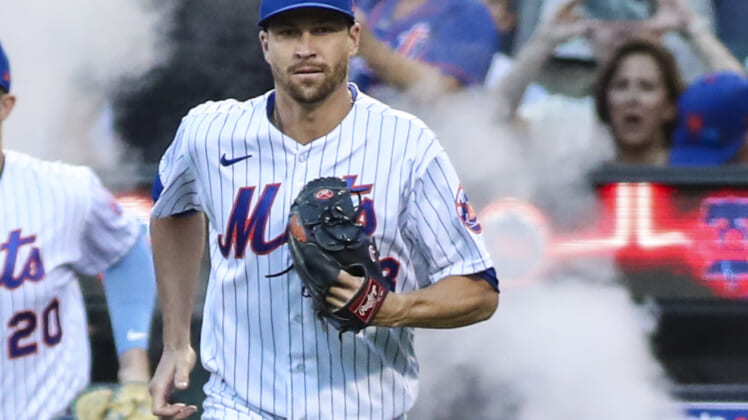 New York Mets ace Jacob DeGrom continues to give fans hope that their best move at the MLB trade deadline wasn’t a big deal for another team’s star, but the return of one of their own just in time for a playoff push.

On Saturday, the Mets once again faced off with division rivals the Phillies in the second of their weekend series. The matchup is far more meaningful than it was a few months ago because Philadelphia has turned their season around in the last month and is now sitting in the second Wild Card spot in the National League.

In this battle of first place versus Wild Card contender, New York sent to the mound one of the team’s most beloved figures of the last 20 years, Jacob DeGrom. And in just his third start back from the injured list after missing the entire season, “The DeGrominator” looked in vintage form as he helped lead the Mets on to a 1-0 victory.

Related: MLB games today – Watch times and odds for the next slate of matchups

It’s understandable that Mets fans are pretty worried about if DeGrom can stay healthy. He’s only made 29 starts over the last three seasons due to various injuries. But in 2022, so far so good.

In a six-inning performance at Citi Field where he gave up no runs against a team playing quite well, DeGrom only needed 76 pitches to strike out 10 Phillies. The work of Seth Lugo, Trevor May, and All-Star closer Edwin Diaz deserves credit for holding Philadelphia scoreless over the final three innings, but it pales in comparison to how important another strong showing for the team’s ace is.

This display follows a start on August 7 where DeGrom sat down 12 Atlanta Braves with another 76 pitches to get his first win of 2022. A Braves team that resides in second in the NL East and at the top of the Wild Card standings. 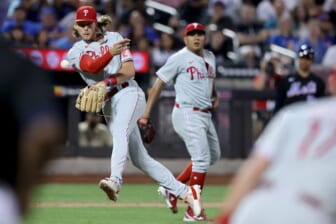 If the 34-year-old was doing this against the bottom dwellers of the league it would be nice but not nearly as impactful. He dominated two squads the Mets could face in the playoffs, and did so when he is not nearly up to full speed yet.

This could all go off the rails quickly with another random injury, but DeGrom’s play so far is giving Mets fans reason to believe reaching the World Series in October is not hopeful thinking but a likely possibility.