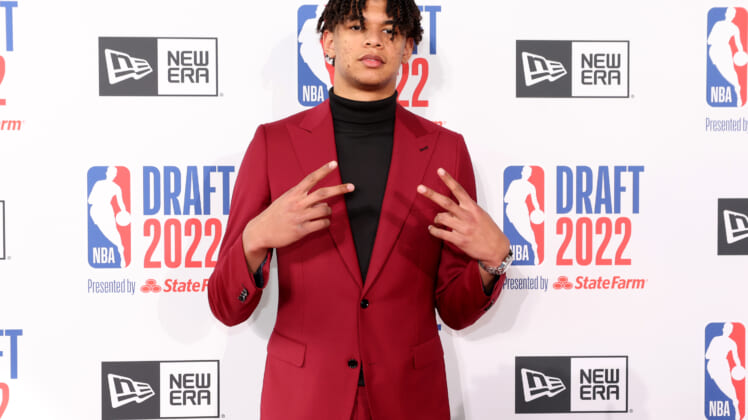 The New York Knicks draft drama was on full display with the team on the clock with the 11th pick in the 2022 NBA Draft.

Rumors peristed that New York was going to go with Memphis center Jalen Duren after a down 2021-22 campaign for the organization. Leading up to the Knicks being on the clock, reports also suggested that they were looking to move up to acquire the No. 5 selection (Jaden Ivey) from the Detroit Pistons.

None of this came to fruition. Instead, the Knicks selected wing Ousmane Dieng from France. The 18-year-old played for the New Zealand Breakers this past season. And in shocking fashion, said selection was dealt to the Oklahoma City Thunder in exchange for multiple future first-round picks. 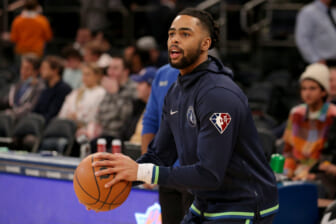 Also Read:
New York Knicks among teams with interest in D’Angelo Russell: How a trade could look

New York acquired three conditional futue first-round picks from Oklahoma City in order to move the 11th selection. Three! We’re not sure what the value is in that for the Thunder.

It’s pure conjecture on our part, but the Knicks could be adding future assets to the mix as a way to acquire a star player. Disgruntled Brooklyn Nets guard Kyrie Irving could be a possibility. He is seemingly set for a divorce with the Nets this summer, either via free agency or a trade.

As for the Thunder, they end up making three selections within the top-12 picks. Oklahoma City nabbed former Gonzaga star Chet Holmgren with the second overall selection. It now has Dieng in the mix, too.