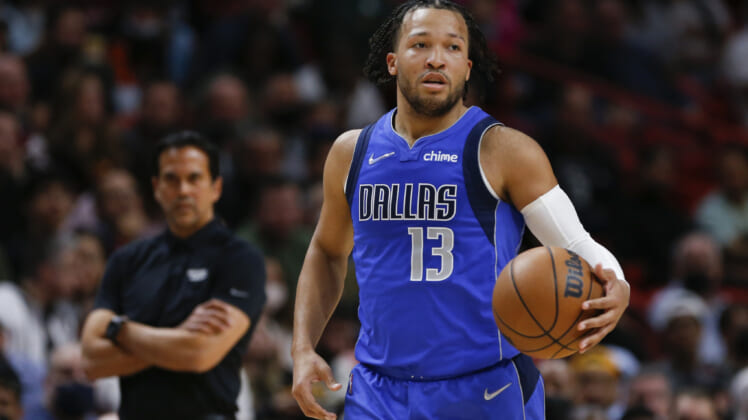 New reports now suggest that previous expectations have shifted, and the New York Knicks are the favorite to end up with Dallas Mavericks restricted free agent Jalen Brunson.

When the 2021-2022 NBA season came to a close, and fans and organizations shifted their focus to the offseason, reports claimed the Mavericks’ biggest free agent was expected to stay put. Despite rumblings since the February NBA trade deadline that the Knicks are big fans of Brunson, Dallas was the odds-on favorite to retain the services of the point guard they took in the second round of the 2018 NBA Draft.

Well, that is no longer the case just days away from the start of NBA free agency on June 30. After reports last week that the Knicks were doing all they could to free up $25 million in cap space to pursue the 25-year-old, it seems their strong desire to land Brunson has made them the new favorite to secure the four-year veteran’s services.

On a Tuesday edition of his “Please Don’t Aggregate This” podcast, Bleacher Report NBA insider Jake Fischer revealed the latest buzz he has been hearing about Jalen Brunson’s destination for the 2022-2023 NBA season.

Why are the New York Knicks so high on Jalen Brunson?

There is no doubt that Brunson took a major step forward this past season and was pivotal in the Mavericks reaching the Western Conference Finals. However, it seems like New York is set to pay massive money to a player that has only averaged 16 points per game in his best season. Clearly, there is a belief that he still has a great deal of untapped potential left in his game.

That is something the guard and the people around him seem to believe too. On a Monday edition of “Posted Up with Chris Haynes,” the host and Yahoo Sports NBA insider reported the opinion from Brunson’s inner “circle” that he never was able to be the best version of himself having to play next to superstar talent Luka Doncic n Dallas. 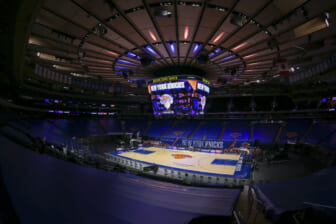 “I’ve talked to people in his circle who think he has another level to reach that he just couldn’t reach with Dallas because he played with the most ball-dominant player in the league,” Haynes said.

The Mavericks still have the chance to match any offer made to Brunson in free agency.