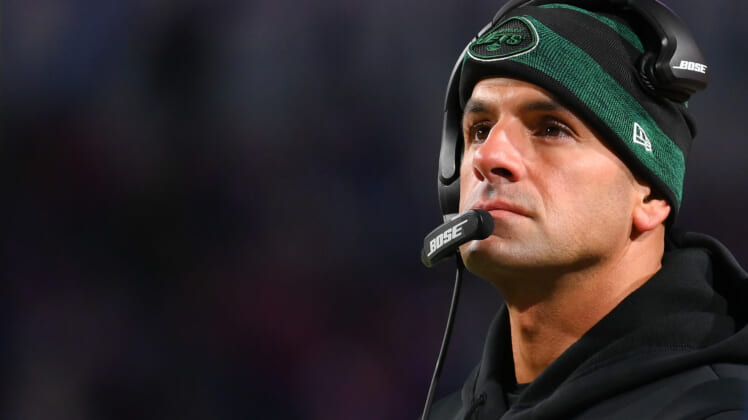 New York Jets head coach Robert Saleh and future Hall-of-Famer JJ Watt are all for player safety, but they just aren’t big fans of the league’s new mandated use of “Guardian Caps.”

Football is a very physical sport and over the last 20 years, the issue of brain injuries and concussions has taken on greater importance as the league looks to curb the continued development of chronic traumatic encephalopathy (CTE) in some of their players. The concern about CTE seems as serious as ever after a recent study found that even “sub-concussive” blows to the head in sports can lead to the traumatic symptoms of CTE.

With brain health on the NFL’s minds, the league has instituted the use of “Guardian Caps” during training camp practices. And this week, the league mandated that all offensive and defensive linemen, linebackers, and tight ends are required to wear the protective headgear during contact practices all the way through the second week of the preseason, which is on Aug. 19.

After testing, the NFL determined that if both players during an impact are wearing “Guardian Caps,” it can reduce the severity of the blow by 20%. However, five-time All-Pro JJ Watt sees flaws in how the NFL has instituted the headgear since it is only used in practices. “But not in the games. So let’s keep it safe sometimes. I don’t know, whatever,” Watt said following the team’s practice on Saturday [h/t Sports Illustrated].

Watt is not a fan of the caps in general and complained about the imbalance he feels wearing them during drills.

New York Jets head coach Robert Saleh appreciates the purpose of the caps but believes their inconsistent use could lead to players using their heads during tackles more than usual. Which would open the door to some dangerous impacts once the caps are removed for the team’s first preseason game on Aug. 12.

Jermaine Johnson, the player the Jets took with their third pick in the first round of the 2022 NFL draft, echoed Watt’s bobblehead comments, however, he didn’t view the use of the caps as negatively as his Arizona Cardinals pass-rushing counterpart.

“It feels just a little bit heavier,” Johnson said [h/t ESPN]. “You feel kind of bobbleheady. It’s not too bad. As a defensive lineman, we come out and we strike with our hands anyway.”