New England Patriots wide receiver N’Keal Harry has played his last snap for the franchise that drafted him. Just a few years after the Patriots selected him with the hope he would become a star, Harry is at the center of NFL trade rumors.

Harry, a former star at Arizona State, entered the league as a first-round pick in the 2019 NFL Draft. Landing in an ideal landing spot with Tom Brady, expectations were high for the 6-foot-4 wide receiver. But injuries derailed his rookie season and he lost even more favor in the offense last year.

Coming off an offseason that saw the Patriots add multiple weapons to reshape their offense, both the team and player now believe a change of scenery is best for everyone. 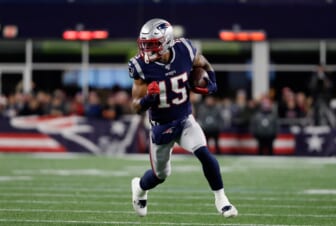 ESPN’s Jeremy Fowler reported that multiple NFL teams will have interest, but the market is still limited. Given how things unfolded in New England, the Patriots are likely to receive a conditional sixth-round pick in return for him this summer.

Rival general managers have every reason to draw a hard line in trade talks. Before Harry came forward with his trade demand, there was speculation that he could be a cut candidate before Week 1. 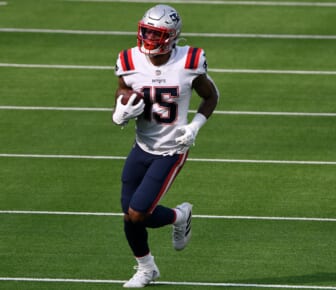 Reflecting back on the pick, New England should have a lot of regrets. Harry’s skills at Arizona State don’t fit with the offense Josh McDaniels runs. Based on the additions made this spring, it’s evident the Patriots realize that now.

Given Harry would be subject to waivers if released, there’s a little incentive for another team to trade something for him. He does still offer great size and physicality, allowing him to potentially serve as a functional role player in the right scheme.

It wouldn’t be a surprise if we see a N’Keal Harry trade before the preseason wraps up, that way he has time to learn a new offense and develop chemistry with his quarterback. Once it does happen, the Patriots will surely be mocked for a 2019 first-round pick becoming a future sixth a few years later.