While New England’s defensive coaching staff comes with a ton of experience on that side of the ball, the same can’t be said for the group coaching quarterback Mac Jones and the offense. Even the Patriots’ coaching staff page uses unusual titles, with Matt Patricia working as senior football advisor and Joe Judge taking over as an offensive assistant.

As the 2022 NFL season draws closer, training camp is offering some more clarity about Belichick’s plans on this side of the ball. During practices, reporters have noticed that Patricia has primarily served as the traditional play-caller and oversees everything that is going on with the offense, in addition to his duties as an offensive line coach. 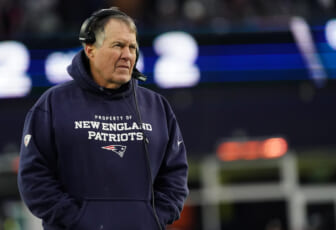 Peter King of NBC Sports recently attended several Patriots’ practices, coming away with the impression that Patricia will likely serve as the primary play-caller. As the long-time NFL reporter notes, it’s an unusual selection given Patricia has 26 years of experience and has yet to coach quarterbacks, running backs, wide receivers or tight ends.

Patricia’s lack of experience on offense and his partnering with Judge, another veteran coach with a limited history on offense, likely plays a role in King’s belief that Belichick could eventually take over a majority of the play-calling this season.

Belichick’s approach to New England’s offense this season suggests a strong belief that NFL coaches can work on either side of the ball without much issue. He served as a wide receivers coach for the Detroit Lions in 1997, the only instance in his NFL career when he worked exclusively with the offense.

It’s fair to say the Patriots are taking a massive risk. Jones is entering a crucial year as a second-year quarterback and he’s not in the best situation. Uncertainty with the play-caller and an inexperienced staff around him don’t bode extremely well for success.

There are also concerns about the offense Belichick put around Jones, with heavy investments at tight end delivering underwhelming results in 2021 and injury-prone DeVante Parker seemingly the No. 1 wideout in New England. 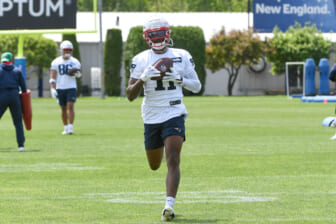 Only time will tell whether or not Belichick is taking the right approach. If it backfires, it will be another hit on the reputation of an all-time great coach who has whiffed on a lot of draft picks and whose team has dropped off since Tom Brady left.