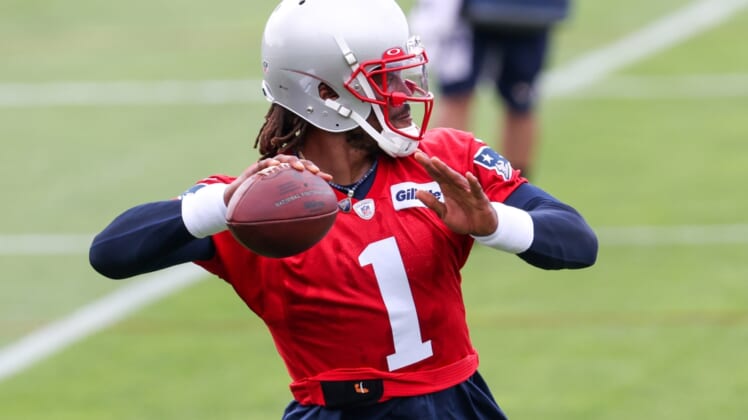 When the New England Patriots drafted Alabama quarterback Mac Jones in the first round in April, many wondered if Newton would feel slighted as New England’s incumbent at the position.

Newton said he doesn’t see it that way.

“Absolutely not,” he said. “He was the right pick in my opinion. He was the best player available, and that’s what the NFL draft is for.”

Newton was speaking to the media for the first time since re-signing in March.

“As far as having any chip on the shoulder, you’re stating the obvious,” he added. “I don’t need too much to get myself going. It’s no disrespect to Mac. It’s no disrespect to (coach) Bill (Belichick) and his decision. I support it 110 percent, because you still have to do what’s right for the organization, for the long haul.”

Belichick said after the draft that Newton is the team’s quarterback, and Newton has taken the first-team reps so far in minicamp.

Newton has given the young quarterback the nickname “Mac and Cheese,” as Newton is wont to toss nicknames around for many teammates, and he said Jones is going through what every rookie does. 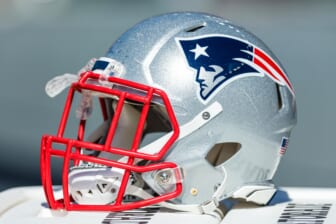 “Mac and Cheese, he’s pretty cool. He’s quiet. I think he’s trying to figure everybody out,” the 32-year-old former NFL Most Valuable Player said. “I’ve been there before. I’ve been a rookie and I’ve been a first-round pick, where so much is asked from you.

“He’s doing a great job with being everything that’s advertised — from a leadership perspective, he’s holding himself accountable. That’s all you can ask from a young player.”

With quarterbacks Jarret Stidham and Brian Hoyer also on the roster, Newton said every one of the four wants to be the starter, and he’s just happy he has more time to absorb the team’s intricate offense after not signing until July of last year.

“In the latter part of the season, it just caught up to me,” Newton said. “I was thinking too much. There just wasn’t enough hours in the day.

“You can’t simulate real, live bullets and that’s what it came down to.”

The Patriots struggled through a 7-9 season in 2020 and missed the playoffs in their first year without superstar quarterback Tom Brady, who played for the team from 2000-19 and won six Super Bowls for New England. He won his seventh Super Bowl championship last season after joining the Tampa Bay Buccaneers.