Legendary New England Patriots head coach and defensive guru Bill Belichick may have started calling some plays on offense in what has been a rough training camp.

The Patriots are in a transition period that many NFL teams go through every few years. After being one of the most respected offensive minds in the league over the last decade, offensive coordinator Josh McDaniels found a head coaching position he wanted and decided to take his talents to the left coast to lead the Las Vegas Raiders.

However, instead of going through an exhaustive search to find an experienced coach to fill the shoes of McDaniels, Belichick and the Patriots chose a very abstract approach to addressing the position. Joe Judge and Matt Patricia are back in New England after failed head coaching tenures in New York and Detroit, respectively, and the pair have been given unique roles on the coaching staff in 2022.

Patricia’s new title is senior football advisor/offensive line coach, while Judge is currently the offensive assistant/quarterbacks coach. Neither man has extensive experience on offense or in play calling at a professional level. Yet both were the favorites to call the plays on offense entering 2022 training camp.

Unfortunately for the Patriots, after a strong showing in spring voluntary workouts, starting quarterback Mac Jones and the first-team offense have been pretty bad in camp and have not been getting better. It seems that with word continuing to spread about the new offense’s poor production and chemistry, the 70-year-old head coach may have taken it upon himself to improve the offense’s performance.

On Wednesday, Patriots beat writer Phil Perry tweeted about the sad showing during 7-on-7 and 11-on-11 drills. But in a follow-up, he revealed an exchange about what people in the Carolina Panthers organization told NBC Sports Boston NFL insider Albert Breer about the Patriots’ offense during their shared practice.

This certainly seems like an instance of “if you want something done right you’ve got to do it yourself.” However, Belichick is one of the greatest coaches in NFL history because of his genius mind when it comes to defense, not offense. His inventiveness as an offensive play caller is completely unproven. 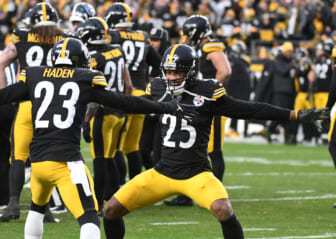 Nevertheless, between him, Patricia, and Judge, he is still probably the best option to call the offensive plays. Belichick certainly has the knowledge about what makes offenses run well and what short circuits them. The eight-time Super Bowl champion is the coach that is most likely to make a smoother transition from defense to offense because of that absurd knowledge of the game on both sides that dates back to the early 1980s.