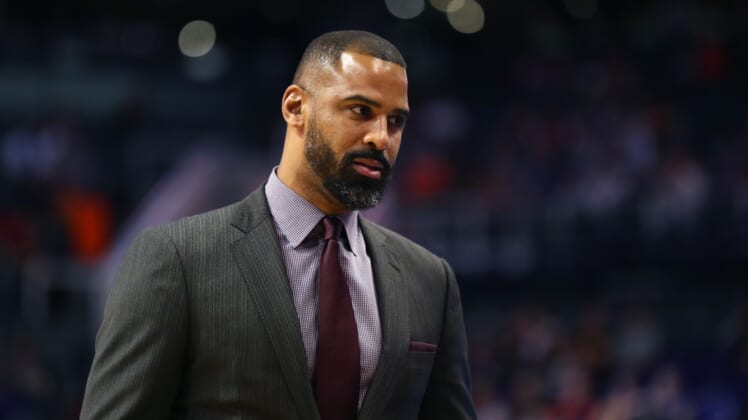 Udoka, 43, said he’s already had conversations with Jayson Tatum and Jaylen Brown, saying that the All-Stars are “going to allow me to coach them, push them.”

“They know I’m going to be on their ass, and that’s what they like about me, they’ve asked me about that. They want to be pushed, they want to be directed toward winning, and you expect that from your stars,” Udoka said.

Udoka brings relationships with Tatum, Brown and Marcus Smart from their time together on the 2019 World Cup team.

“The bottom line is they want to win and help us get (championship) No. 18,” Udoka said. “That part was attractive. Obviously you see the physical talent. Now this is a chance to see them grow and become better leaders, more vocal, and continue to push them to be great.

“I’m not worried about our group worrying about hard coaching.”

Udoka is a longtime disciple of Spurs coach Gregg Popovich, having worked on his staff for seven years.