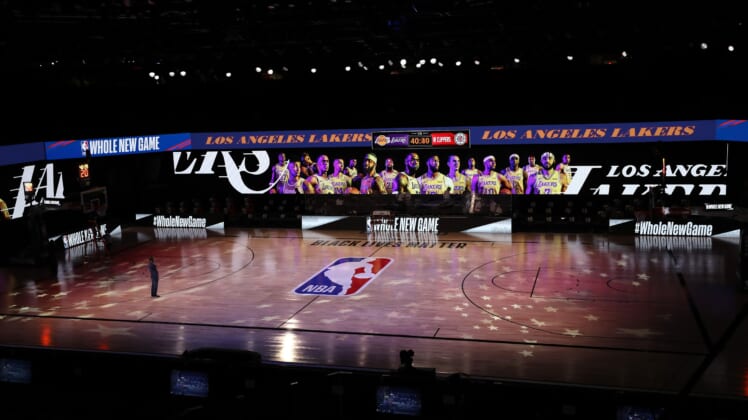 Coming off its lowest ratings ever for Game 3 of the NBA Finals, the NBA received great news before Game 5 with China’s national broadcaster CCTV announcing it will end its year-long ban of NBA games.

The decision comes more than a year after Houston Rockets general manager Daryl Morey expressed support for pro-democracy protesters in Hong Kong, sparking outrage from the Chinese government and a year-long fiasco that greatly impacted the NBA.

Morey’s tweet, sent on Oct. 4, 2019, led to immediate backlash for the NBA. Chinese government officials insisted NBA commissioner Adam Silver fire Morey, which the league was never open to. It also led to a swarm of reactions from the NBA community, with many players angered at the millions of dollars Morey cost the league.

Following Silver’s support of Morey, CCTV immediately ended its partnership with the NBA and didn’t broadcast any games this season. Losing out on that market was expected to cost the NBA billions of dollars, with teams preparing for a significant fallout in the years to come.

In a year where the NBA might have lost $1 billion in stadium revenue due to the COVID-19 pandemic, salvaging the relationship with China was one of the league’s top priorities in recent months. Fortunately for the players and team owners, actions paid off.

In a statement announcing the decision to broadcast Game 5 of the NBA Finals, lifting the ban, CCTV cited the NBA’s efforts to help the country during the COVID-19 pandemic and the league’s positive messages and support in the months since Morey’s tweet.

“During the recent Chinese National Day and Mid-Autumn Festival celebrations, the NBA sent their well wishes to fans in China,” CCTV said in a statement, via ESPN. “We also took note of the league has been continuously delivering goodwill [to China], particularly making positive contributions to Chinese people’s fight against COVID-19 pandemic.”

While the CCTV broadcast won’t change the massive decline in the NBA’s ratings in the United States, it is a monumental move for the league as a whole. At minimum, it’s estimated that the NBA makes at least $500 million annually in revenue from China and that number was expected to grow in the years to come.

The NBA isn’t expected to begin its next season until 2021, with January representing the best-case scenario for the regular season to begin. There is a tremendous amount of uncertainty heading into the offseason for every team, given the salary cap is expected to drop. Fortunately, following a difficult year, Friday’s news is a huge victory for the NBA’s long-term interests and future.