NASCAR: Kevin Harvick speaks the truth about the NextGen car

Kevin Harvick was very critical about NASCAR after his NextGen car went up in flames. "It's cheaper to not fix it. Find someone to run the show who can run it." 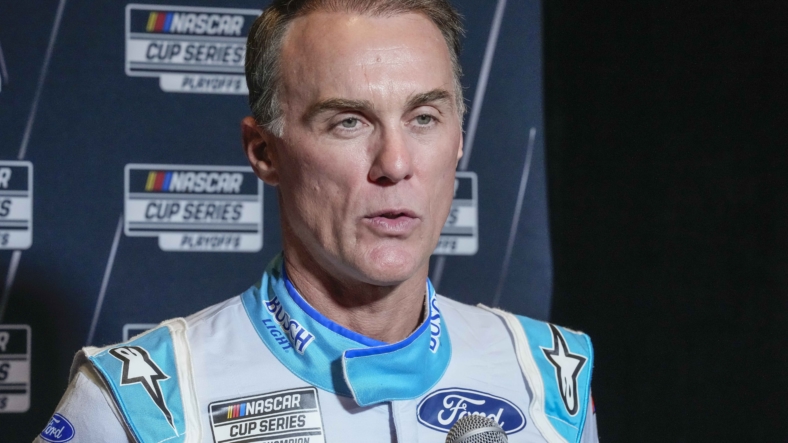 Kevin Harvick saw his night go up in the flames during the first race of the 2022 NASCAR playoffs when his car spontaneously burst into flames and the veteran driver did not hold back on the situation.

What did Harvick have to say and why is he speaking the truth?

Harvick has been on record talking about how the impact of the hits in NASCAR’s NextGen car does not compare to hits in previous generations of race cars. But, this was a different situation.

It was a scary sight as Harvick exited his car and seconds later, the fire started to grow where he had just exited the vehicle. Luckily, the driver of the No. 4 car exited the car with no injuries.

However, he did exit the car with hurt feelings as the lack of action on safety made his blood boil.

“I’m sure it’s just (expletive) parts on the race car like we’ve seen so many times. They haven’t fixed anything. It’s kind of like the safety stuff. We just let it keep going and keep going.”

Kevin Harvick on what caused the fire

Harvick was not happy and he is referring to how drivers have been vocal about the impact of crashes this season. Granted, it is hard to make changes overnight but it’s clear that drivers are starting to get fed up with the process.

The 46-year-old driver spoke about the scary scene in the race car as the fire began.

Kevin Harvick on the scene in the car

That is a very scary situation as the fire was coming through the dash of the NextGen car. Harvick is lucky he got out okay before the flames grew and took over the car. It is certainly a question of how it started.

Harvick said he didn’t touch anything and certainly showed his displeasure with the new car again later in the interview.

“What a disaster for no reason. We didn’t touch the wall. We didn’t touch a car and here we are in the pits with a burned up car and we can’t finish the race during the playoffs because of (expletive) parts.”

Kevin Harvick on the situation

NASCAR has seen a few fires over the last month or so, but this was a totally different scenario. The sport does not like situations where the car ignites that fast and something needs to be done about it moving forward.

There are a few reasons why Harvick is speaking the truth and let’s dive into why this is the case. 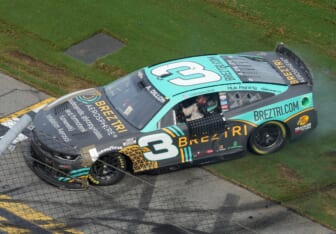 NASCAR needs to listen to drivers and put safety first

It is easy for NASCAR to continue with the current version of the NextGen car and not make any changes but when driver safety is starting to be a topic every weekend, that should be a sign that it needs to be priority number one.

Harvick was very blunt about what needs to happen with the NextGen car and its safety for drivers.

“We just keep letting cars burn up, letting people crash into stuff, get hurt and we don’t fix anything. Now we’re just riding around and cars catch on fire. Just (expletive) parts. They don’t care. It’s cheaper to not fix it. Find someone to run the show who can run it.”

It’s hard to speak about whether it’s cheaper to not fix or if the people in charge aren’t running the show correctly. It’s not the correct place to make assumptions on what is going on behind the scenes.

However, if what Harvick is saying remains true, then it is grounds to say that things need to change because it is very unacceptable for this to happen when drivers have been harping about the car for weeks and months.

There’s a possibility the people in charge are working on the car and changes will be coming soon; however, are those changes going to come too late? If they do come too late, there is a risk that someone could be hurt.

It is something that should have been addressed instantly when drivers started discussing earlier in the year. Once again, it’s impossible to know whether it was addressed so there are no assumptions being made. 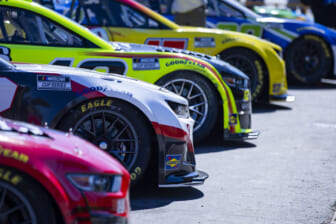 NASCAR has put out a wonderful product on the race track for the 2022 season. No one expected the car to be perfect but if the safety factor is the part that’s not perfect, it needs to be changed as soon as possible.

As stated above, NASCAR can’t fix these situations overnight. It takes time and there should be some understanding if that is the case. The drivers would likely know more than the public and that’s what makes Harvick’s rant interesting.

This was not a rant because he lost valuable points toward the playoffs. This was a rant showing massive concern for the safety of drivers. Harvick has been doing this for the past month.