Alex Bowman and Ally's contracts with Hendrick Motorsports will expire at the conclusion of the 2023 NASCAR season. Will Bowman return to the No. 48 in 2024? 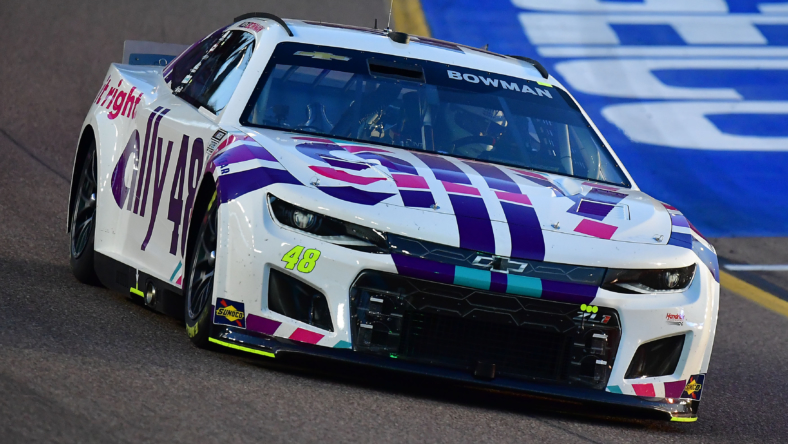 Alex Bowman has been a full-time driver at Hendrick Motorsports since the start of the 2018 NASCAR season after he replaced Dale Earnhardt Jr. in the No. 88 car. Then, Bowman moved to the No. 48 car in 2021 after Jimmie Johnson’s retirement.

Most notably, the 29-year-old driver partnered with Ally Financial, a full-season sponsor, after Johnson’s alliance moved to the company when Lowe’s decided to depart the sport. However, the 2023 season is bound to be an important one for the driver of the No. 48 car.

Bowman and Ally’s contracts with Hendrick Motorsports will expire at the conclusion of the 2023 season. This is a similar situation that Denny Hamlin and FedEx are facing with Joe Gibbs Racing for the No. 11 team.

Bowman will be entering his sixth full-time season with Hendrick Motorsports and there are no reasons to believe why it won’t be better than 2022 for many reasons. First off, a change at the top of the box will almost certainly bring life to the team.

Former Front Row Motorsports crew chief Blake Harris will lead the No. 48 team starting next year. Harris is one of NASCAR’s young stars after leading Michael McDowell to the best season of his career.

Plus, Bowman was one of NASCAR’s best drivers in the playoffs before he suffered a concussion in a crash at Texas Motor Speedway. The 27-year-old driver would miss five races before returning for the finale at Phoenix Raceway.

Now, will Bowman return to Hendrick Motorsports after his current contract ends next season? It will likely be dependent on Ally Financial’s commitment and why would they even want to leave the No. 48 team? Bowman has a great personality and wins on the race track. He has at least one victory over the last four seasons, including a career-high four wins during the 2021 season. The talent is obviously there for him.

However, it has been demonstrated how business within NASCAR works recently. Kyle Busch left Joe Gibbs Racing after Mars decided to depart from the sport at the conclusion of the 2022 season.

Busch is NASCAR’s most successful active driver so nothing can be ruled out. It is not a guarantee but it would seem pretty shocking to see a driver change at Hendrick Motorsports for the 2024 season.

Bowman has the support and results behind him to show he belongs in the No. 48 car for the 2024 season and beyond.