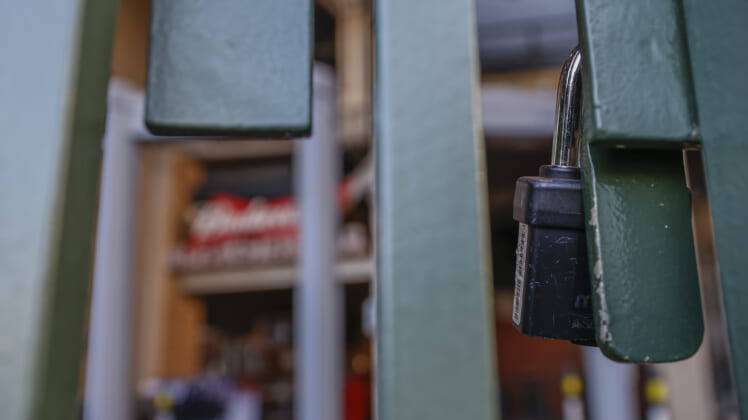 The Major League Baseball season and 2022 Opening Day are now increasingly likely to be delayed thanks to the MLB lockout that started on Dec. 2, 2021.

When the collective-bargaining agreement between the league and MLB Players Association ended, commissioner Rob Manfred and MLB owners implemented a lockout. It froze all MLB-related offseason transactions, prevents teams from holding workouts and barred players from communicating with staff.

League officials imposed the lockout as a means of obtaining leverage of the players. Both sides expressed optimism in December and January that a new CBA would be reached well in advance of the 2022 MLB season and hoped spring training wouldn’t be interrupted.

Check Out: The Best Sports Cards To Invest In Right Now, Including Marcelo Mayer and Jordan Lawler

However, a recent proposal from MLB this week to the players’ union went nowhere. It only came after the league requested the Federal Mediation and Conciliation Service to step in, an offer rejected by the MLBPA because it didn’t believe MLB was negotiating in good faith and bringing in a third party wouldn’t resolve any issues (ESPN).

A recent meeting between the two sides offered little reason for optimism. According to Joon Lee of ESPN, the MLBPA came away ‘unimpressed’ by the league’s differ. Entering the third week of February, both MLB and the players’ union agree that they are operating on ‘different paradigms’ regarding core economic issues in their CBA proposals.

Spring training games are scheduled to begin in the last week of February, with players originally scheduled to report in the next few weeks. However, the MLB lockout is now pushing spring training to the side with increased skepticism.

Ken Rosenthal and Evan Drellich of The Athletic wrote Friday that there is now no reason to believe the MLB season starts on time. While Opening Day is scheduled for March 31, MLB provided players with a specific date for a new CBA to be reached before the start of the 2022 season is officially delayed.

Already 75 days into the MLB lockout, long past the date when pitchers and catchers were supposed to report for spring training, there is seemingly no end in sight.

When will the MLB lockout end and why is baseball locked out?

A lockout can only be imposed and lifted by MLB, with the league using it to try and encourage players to take their offer by freezing all movement as long as possible. While the last three MLB lockout (1973, ’76, ’90) all ended before the season began, Opening Day is in serious jeopardy this year.

The two sides have reached agreements on non-economic issues. Among them, the National League is introducing the universal designated hitter next season, the MLB playoffs will be expanding and teams will no longer receive draft-pick compensation for letting a player walk in free agency.

At the heart of the issue for both sides is money. While MLB revenue dropped in 2020 due to the COVID-19 pandemic, it enjoyed record-setting numbers for years before that. League revenue is also trending upwards post-pandemic, but team payrolls are declining.

MLB earned $10.3 billion in revenue from the 2019 season, blowing past its record-setting marks a year prior. Despite the data from this season being undisclosed, the Atlanta Braves setting franchise records for revenue before winning the World Series suggests the league is turning things around.

However, teams are spending significantly less than before. The Associated Press found in April 2021 that MLB salaries dropped 4.8% in two years and Forbes reported in December that total payrolls were reduced by $168 million from the 2019 season.

With new TV contracts signed and Apple preparing a bid to broadcast MLB games, TV revenue and streaming will provide billions of dollars for the league in the coming years. As a result, the MLBPA is pushing for structural changes to compensation.

The players’ union wants to raise the minimum salary ($570,500) in the next CBA, pushing for $775,000. It would still be the lowest minimum player salary of the major American sports, but represents a significant raise for a significant percentage of the player population. The MLBPA also wants to raise the luxury tax threshold to $245 million, a move to increase spending and to incentivize competition.

In the latest proposal from MLB, the league offered a new tiered system for minimum salary. Teams could offer either $615,000, $650,000 or $725,000 to players with 0-3 years experience. However, clubs would be locked into those figures and couldn’t go over. MLB also proposed a straight $630,000 minimum on the first year of a contract and teams could offer raises, but that also included the MLBPA to give up ground on other key issues.

One major difference between the two sides is the pre-arbitration bonus pool. With MLB refusing to move off of service time manipulation, keeping a young talent in the minors additional time to gain another year of contract control, the MLBPA wanted a bonus pool for the best, young players on their first contracts.

Both sides are willing to agree to a system where any pre-arbitration players who finish top-30 in Wins Above Replacement or are a finalist for an MLB award, will receive a higher salary from a created bonus pool. However, MLB is offering a $15 million pool and the players’ union is holding to $100 million.

While there are other sticking points in negotiations (increasing team spending, tanking, revenue sharing), the highlighted issues are the biggest roadblocks. Considering how far apart the two sides are, expect the MLB lockout to result in Opening Day being postponed and the MLB season being pushed back for the second time in three years.