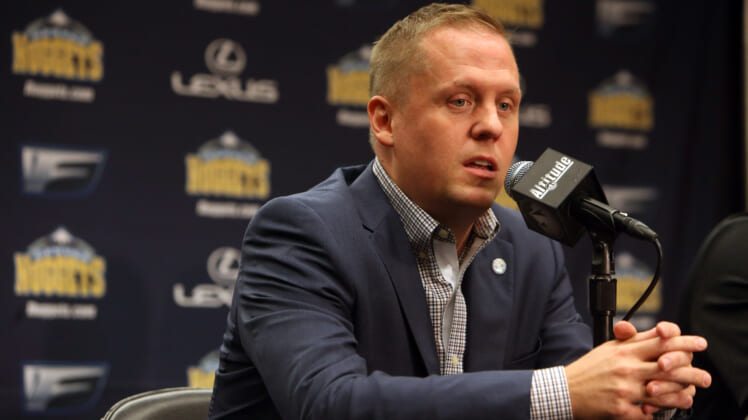 On Wednesday, word emerged of the Minnesota Timberwolves moving closer to hiring their next president of basketball operations, with Tim Connelly from the Denver Nuggets specifically mentioned as a strong contestant. According to Shams Charania, the Wolves are in discussions with Connelly, but there are others who could still land the gig.

Now a source close to the Wolves has provided a bit more info, with Dane Moore revealing Connelly has been a target of the current ownership group dating back to last summer when Alex Rodriguez and Mark Lore initially purchased their stake in the team.

The POBO position initially opened up in a shocking matter, when the team announced their decision to immediately part ways with Gersson Rosas after two years with the organization citing an inappropriate workplace relationship.

Ever since Rosas was let go on Sept. 22, less than 30 days before their regular-season opener, executive vice president of basketball operations Sachin Gupta has taken over on an interim basis.

The Wolves were always expected to hire a full-time POBO this offseason, but the anticipation all along was that Gupta would receive strong consideration this summer.

Now, as Dane Moore passes along, the Wolves have a list of five names who they envision for their full-time top decision-maker on roster decisions. A list that originally included Pat Riley contains, in no particular order

OK, so it’s great to aim high, but all five names on their reported list already serve as their team’s POBO or GM in the case of Presti.

Who’s to say any of them are seeking a lateral move to land in Minnesota instead?

Then again, Mike Singer notes two sources who have suggested Connelly may be the most attainable from a financial perspective, which could be the reason his name has emerged from the pack.

Another report suggests the Wolves may even be willing to offer a partial ownership stake to Connelly, sweetening the pot.

Maybe in the end coach Chris Finch and several other Wolves fans will get their wish, with Gupta, the creator of the ESPN Trade Machine, getting his chance to be in the POBO chair full-time. He certainly has my vote.