Why the Minnesota Timberwolves have been a massive disappointment in 2022 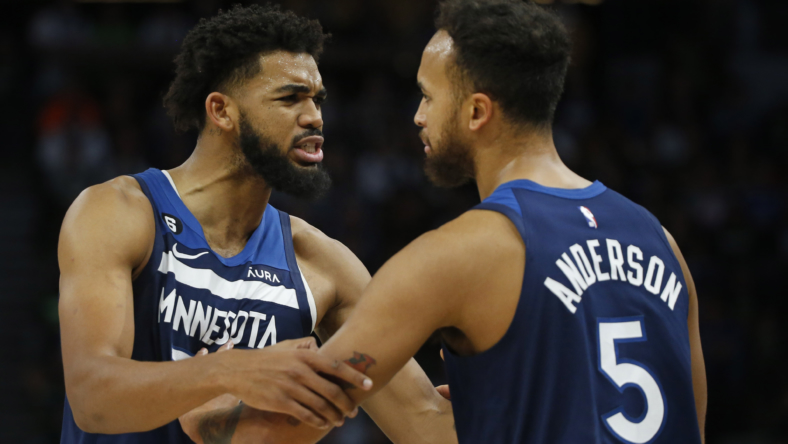 So far, the Minnesota Timberwolves have been mediocre during the 2022-23 NBA season. In their first eleven games of the season, they’ve managed to have a record of 5-6, which is terrible. Considering what they did over the summer, their performance should start to bother them. In their most recent game, they lost to the New York Knicks.

During the offseason, the Wolves acquired All-Star center Rudy Gobert in exchange for Patrick Beverley, Malik Beasley, Jarred Vanderbilt, Leandro Bolmaro, the draft rights to Walker Kessler, and four future first-round picks. This trade made waves in the entire NBA realm because no one saw it coming. Many were surprised that Minnesota was willing to give up its future for Gobert.

On paper, they looked like a serious threat. They have a three-time Defensive Player of the Year winner as their center, an All-Star big who can create his shots, a three-and-D wing, a rising young star, and an experienced floor general. That’s a starting lineup that could pose a threat to opposing teams.

However, that hasn’t been the case. The Timberwolves aren’t winning a lot of games. During the offseason, the hype surrounded them as potential title contenders. There even were a few people who have gone to pick them as winners of the Larry O’Brien trophy when June 2023 comes.

Across the NBA, the Wolves have one of the most talented starting squads. All five guys have unique abilities that should complement well with other’s skills.

Rudy Gobert’s numbers have dropped this season. He’s scoring three points less compared to his previous campaign. His blocks have also gone down this year. Last season, the three-time All-Star was swatting away 2.1 shots. This season, it’s down to 1.6, and he seems to be struggling in the Wolves’ system. The good thing for Gobert is that he can still grab the boards consistently.

Gobert is earning $38 million this season. But he hasn’t played like he’s worth his money. While in the FIBA EuroBasket 2022, he teased fans by knocking down threes before a game. As it turns out, he hasn’t developed a decent outside shot and was only making them because it wasn’t during a game.

The power forward for the Wolves this season, Karl-Anthony Towns, has started slow. He’s maximizing his role as a floor-spacing big for the team, creating shots and posting a career-high assist rate. It isn’t bad, but he’s getting fewer touches in the post this season. KAT is also still complaining to officials whenever he feels like he’s fouled. While that has always been part of how the former Rookie of the Year has played, it only results in more fastbreak points by opposing teams.

The non-COVID illness KAT had before the start of the season seems to have taken a toll on him. In the post, he’s weaker compared to the previous seasons. While posting up isn’t the best aspect of the three-time All-Star’s game, he’s paid too much attention to shooting threes.

Out of the three players, Anthony Edwards is the only player who’s looking like he’s ready for the 77th NBA season. Edwards has slightly increased his production on the floor, such as rebounding. One area where he’s improved is his patience. The former number-one pick is not forcing as many shots anymore, which has given him better looks in their first 11 games.

We’ll see whether Ant can build on an already decent start. His play might encourage the team’s frontcourt to up their game and put them in a better position in the Western standings. Edwards addressed that he’s dunking less this season due to spacing issues with the team’s bigs. He’ll likely get back to dunking more this year once all three players develop solid chemistry.

The season is still young, and the Timberwolves have a chance to turn things around. They have the right pieces already. It’s only a matter of time until they start figuring things out.