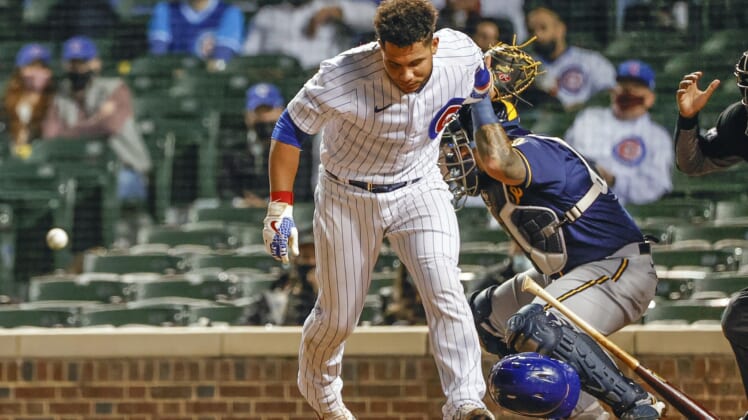 We already know that National League Central has longstanding rivalries. The Milwaukee Brewers and Chicago Cubs are no different.

With Milwaukee holding a 4-0 lead in the ninth inning of Tuesday night’s game, things almost got out of hand in the bottom of the ninth. That’s when Brewers pitcher Brad Boxberger hit Chicago Cubs catcher Willson Contreras with a pitch to the mid-section.

As you can see, benches cleared before cooler heads ultimately prevailed. As for the Milwaukee Brewers, their pitchers have now hit multiple Chicago Cubs players throughout the first two games of this early-season series. Contreras was actually hit in the head by a 95 mile-per-hour fastball Monday evening.

It’s the first near brawl we’ve seen during the early stages of the 2021 MLB season. It’s also something to keep an eye on. Remember, punishment imposed by the league last season was stiffer due to the COVID-19 pandemic and need to socially distance.

We saw that come to a head during multiple ugly situations between the Oakland Athletics and Houston Astros, two other big-time rivals around the MLB season.

Whether that’s going to be the case this season remains to be seen. At least for now, it seems like Milwaukee Brewers and Chicago Cubs players will avoid stiff punishments.