WATCH: Miles Bridges gets ejected, throws something at fans in Atlanta 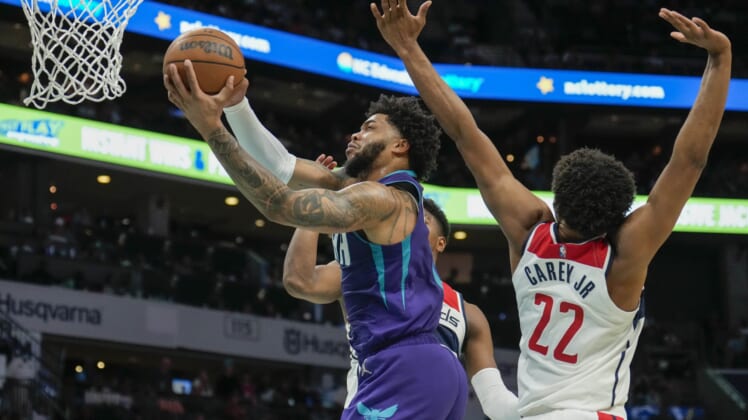 With his Hornets down by 30 in the fourth quarter, Bridges went after crew chief James Capers following goal-tend call against the forward. He received a double technical and was tossed from the game immediately.

It was obvious goaltending on the part of Miles Bridges. However, it seems that the former lottery pick was more upset about how the game was going than that specific call.

As you see above, Bridges also threw something into the stands as Hawks fans gave him the goodbye chant with the forward heading to the locker room.

This is a disappointing end to what has been a stellar fourth season in the NBA for the former top-12 pick from Michigan State.

Bridges will now turn his attention to the summer when he’ll become one of the top restricted NBA free agents on the market.

As for Wednesday’s game, he scored 12 points on 5-of-11 shooting while finding himself minus-30 in 30 minutes of action. That’s just ugly.