Mick Schumacher is increasingly likely to join Mercedes as Daniel Ricciardo is expected to join Red Bull for the 2023 season. 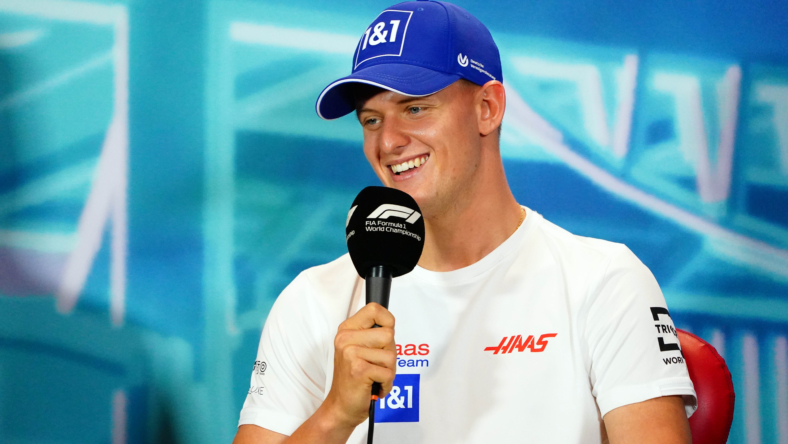 Mick Schumacher is almost certainly on the way out at Haas as the team is set to announce Nico Hulkenberg as his replacement alongside Kevin Magnussen for the 2023 season and beyond.

Schumacher will likely be entering his final Formula 1 race of the foreseeable future as the grid for next season is all set outside of the possibility of Logan Sargeant not acquiring enough points on his super license this year.

However, this doesn’t mean the 23-year-old driver will be completely out of the sport as reports link him to Mercede’s reserve driver role alongside current McLaren driver Daniel Ricciardo.

It has been reported in the week leading up to the Formula 1 season finale that Ricciardo is expected to join Red Bull for the 2023 season as a reserve driver and brand ambassador to the team.

The 33-year-old driver was also linked to Mercedes as its reserve and test driver but it appears he has decided to go in a different direction. This has opened the door for Schumacher to return to Mercedes in 2023.

Mercedes’ team principal Toto Wolff talked about the possibility of Schumacher joining the team for the 2023 season and possibly beyond.

“I don’t know what the status is with (Mick Schumacher) and Haas. But I make no secret of the fact that the Schumacher family belongs to Mercedes and that we value Mick very much. But first of all, it should be about Mick getting a regular cockpit.”

It has been previously reported that if Mercedes can not sign their first choice in Riccardo, the young driver would then be the first choice for the team moving forward. With the recent news involving Ricciardo, this is a positive development.

Schumacher would likely be on a short list of drivers to possibly join Williams if something catastrophic happens to Sargeant in the Formula 2 race this weekend; however, this seems to be an unlikely outcome as of now.

So, the news of Ricciardo being expected to sign with Red Bull for the 2023 season means Schumacher is likely to sit as the top choice for Mercedes’ reserve driver role. While there will likely be no opening for 2024, this is still a relatively solid alternative.

As of now, Schumacher will need to compete at his highest level in Abu Dhabi as it could be his final race in Formula 1 for the foreseeable future.