Daniel Ricciardo is expected to return to Red Bull as the team's reserve driver and brand ambassador for the 2023 season. 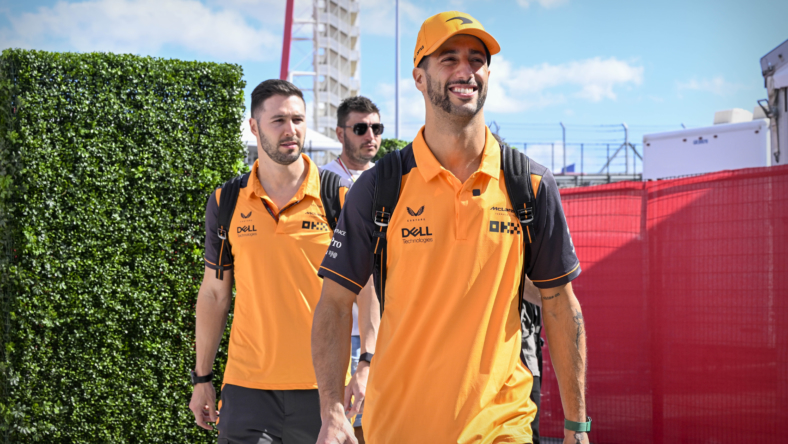 Daniel Ricciardo’s future in Formula 1 was up in the air for months as McLaren decided to move forward with Oscar Piastri as its second driver. This caused Ricciardo to enter the open market.

Since then, the 33-year-old driver has announced he will not have a full-time ride on the Formula 1 grid next year as he aims to become competitive again for the 2024 season. Ricciardo’s route toward his return appears to be decided.

According to AMuS’ Michael Schmidt, Ricciardo is going to join Red Bull as its reserve driver and brand ambassador for the 2023 season as he looks to join the grid again in 2024.

Related: Daniel Ricciardo not ruling out big switch to NASCAR in the future

Ricciardo will be a part of Red Bull’s roster as a reserve driver and help out with development and simulator work for the 2023 season. There might have been other options available but this is expected to be his decision.

The current McLaren driver was also linked to Mercedes as its reserve and test driver but the opportunities were likely not as intriguing as Red Bull. This is due to the driver lineup for Mercedes moving forward.

George Russell will be staying with the team long-term after winning his first Formula 1 event in Brazil this last weekend. Meanwhile, Lewis Hamilton has intentions to sign a multi-year deal and avoid retirement.

This means the driver lineup is pretty much set moving forward while Red Bull could see a change soon. Max Verstappen will be there long-term but Sergio Perez could be out sooner rather than later.

The two teammates appear to have some friction after Brazil due to Verstappen not giving Perez a spot to help him in his bid for second place in the driver’s championship. Plus, Verstappen might be mad at Perez for possibly wrecking himself at Monaco.

Perez’s contract goes through the 2024 season but it would not be shocking to see both sides part ways after next season if the friction continues to worsen. However, this probably remains unlikely if Perez wants to contend.

Ricciardo will be able to keep himself within Formula 1 in some capacity now. It should help him as he strives for another shot to prove his worth starting in 2024.