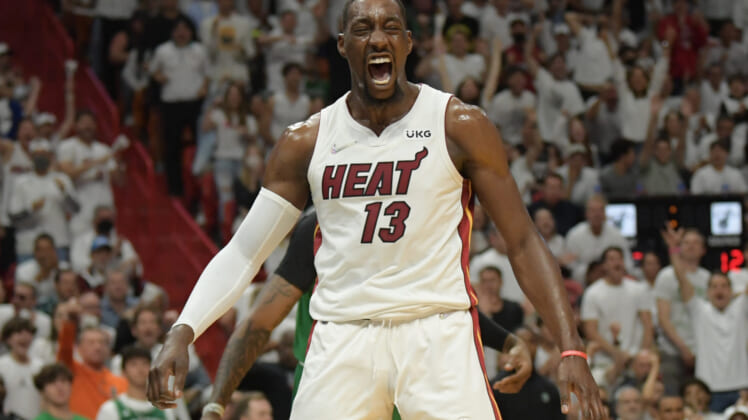 The 2022 NBA free agency period is underway and the Miami Heat, much like every other team, have been quiet due to the inevitable trade of Kevin Durant from the Brooklyn Nets.

Let’s dive into the questions for this week’s Miami Heat mailbag as the offseason moves forward.

Bam Adebayo will be entering his sixth NBA season in October 2022 and there are many questions surrounding what things will be like when that time comes.

The first question is whether Adebayo will even be on the Heat. With the trade rumors of Kevin Durant, that is a hard question to answer because Miami should do whatever it takes to land Durant. It’s easy to realize the Heat should trade Adebayo for Durant in a vacuum. However, that doesn’t mean Miami should move him for Durant at this specific moment.

The Heat’s entire future surrounds Adebayo and Tyler Herro. If the Heat pulls off a miraculous deal for Durant, Herro will almost surely be a part of the package. Miami can’t include Adebayo in the package unless Ben Simmons is moved because a team cannot trade for two players on the Designated Rookie Scale Player Extension. 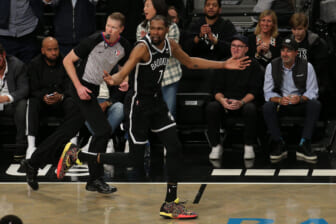 Simmons will not be joining the Heat, which is obvious due to Jimmy Butler and their lack of assets, so a third team would need to be involved in sending him elsewhere. The Heat would then be able to send Adebayo to Brooklyn. However, would it be a breaking point for the package to send the 24-year-old out of Miami?

It remains to be seen what happens but unless it’s absolutely necessary, Adebayo shouldn’t be a part of the package and if it comes to that point, the Miami Heat needs to evaluate if it’s worth sacrificing the future.

Possible trades outside of Kevin Durant and Donovan Mitchell

Let’s say the Miami Heat miss out on Kevin Durant and the Utah Jazz remain steady in keeping Donovan Mitchell for some reason. What is the next move if this happens?

John Collins should be the next option on this list. While Harrison Barnes might be the most realistic option if the Sacramento Kings are willing to move his one-year contract, Collins is the better player.

There have been rumors that Collins doesn’t want to play in Atlanta and the organization is still looking to move the 24-year-old forward even after the Dejounte Murray deal. The question is whether Atlanta would take back Duncan Robinson after trading away another guard in Kevin Huerter since that’s the most likely path for a deal to take place. What about a three-team trade? 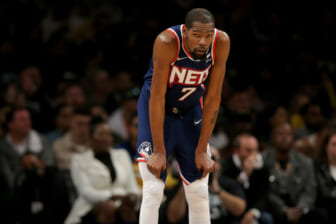 If not, the Kings should be willing to move on from Barnes since it is starting to enter now or never territory for the organization. Sacramento would gladly add Robinson’s perimeter shooting to the team.

In the event that both of those options fall through, a trade for Jae Crowder and Torrey Craig would be a backup plan if either of them is still on the Suns’ roster. Crowder could be involved in a Durant trade depending on the financials and desires of Brooklyn. There could be a worst-case scenario that sees Durant and Crowder off the board in the same deal.

If that point comes, the Miami Heat need to figure out something fast. Marcus Morris or someone unexpected would likely be the last resort if they want to see themselves in true contention to start the year.

The ideal offseason for the Miami Heat remains the same as it was before the free agency period started. The Heat coming out of the offseason with a new star player would be the most ideal scenario.

Nothing has happened in the trade market that would affect Miami this offseason. Dejounte Murray, Malcolm Brogdon, and Rudy Gobert were all likely going elsewhere before the trades began.

Everything is still on the table and it’s important to remember as Kevin Durant’s trade request has stalled the market. Perhaps, Utah is simply waiting for Durant to be traded, and then it will make a move. 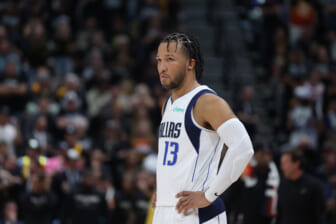 It’s hard to recall a time when the Heat has put this much on the line for a potential star player being traded to them. They still need to replace P.J. Tucker and things could go wrong in a fast manner. They just came off a Game 7 loss to the Boston Celtics in the Eastern Conference finals and right now, the team is likely a three to five seed by looking at the current roster.

Heat fans can’t blame the organization for trying to land a star. It might not work out, but at least they went all-in during the process. It’s important to realize that point. While there is a long way to go until the first game of the season, the most pivotal moments of the current Miami Heat build might be in the coming days.