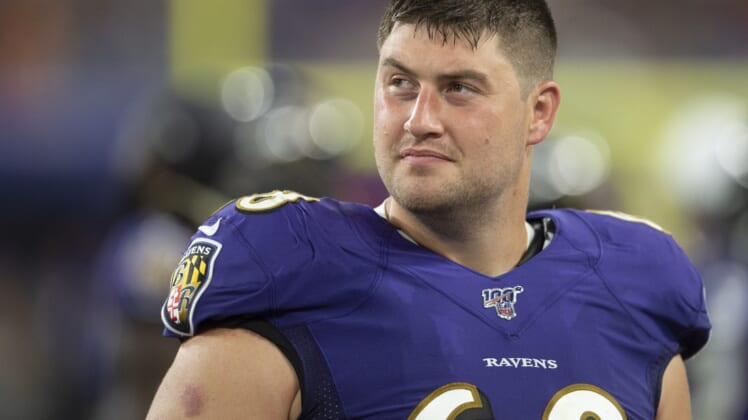 Skura, 28, will replace Ted Karras, who returned to the New England Patriots on a one-year deal Wednesday after starting all 16 games at center for the Dolphins in 2020.

Terms of the deal with Miami were not immediately available.

Baltimore benched Skura last November after a string of bad snaps, with Patrick Mekari taking over as the starter.

Skura said his wife received harassing comments on social media after his play in a 23-17 loss to the Patriots on Nov. 15.

“Please know my family is off-limits when it comes to hateful and threatening messages,” Skura wrote on Instagram. “They do not deserve to be scrutinized for something they did not do.”