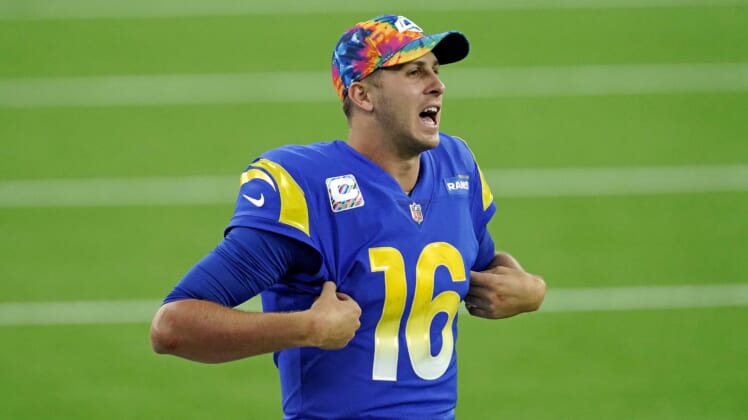 The No. 1 overall pick of Los Angeles back in 2016, Goff apparently isn’t having any of it.

“I’m just excited to be somewhere that I know wants me and appreciates me,” Goff said, via NFL Media’s Mike Silver.

This is interesting in that the Rams’ brass didn’t display much support for Goff prior to the blockbuster Matthew Stafford trade Saturday evening. In fact, there was talk about the former Pro Bowl quarterback competing for the starting job in 2021.

More than anything, trading two first-round picks for Stafford is an example of the Rams admitting a mistake by signing Goff to the above-mentioned extension back in September of 2019. Obviously, the quarterback is not taking too kindly to that.

That’s fine and dandy. But it’s not like Goff has performed at an exceptional level since leading his former Rams team to the Super Bowl following the 2018 season.

Since then, the CAL product has turned the ball over 39 times in 31 games. Simply put, Goff has not been a starter-caliber quarterback over the past two seasons.

Goff might have taken time out of his day to shade his former Rams team. Whatever floats your boat. But the dude just needs to play better. It’s that simple.