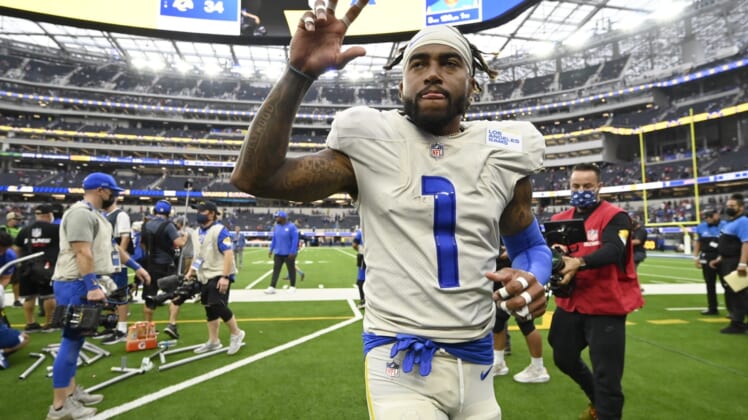 The 34-year-old veteran only has eight catches through seven games this season, although he has turned them into 221 yards (27.6 yards per reception).

Jackson caught three passes for 120 yards, including a 75-yard touchdown, in a Week 3 win against Tampa Bay.

A Los Angeles native, Jackson signed a one-year, $4.5 million deal with the Rams in March. Cooper Kupp, Robert Woods and Van Jefferson have been the favorite targets this season for quarterback Matthew Stafford.