Even without Anthony Davis in the mix since Dec. 23, the Los Angeles Lakers find themselves in playoff contention.

Los Angeles sits at 19-22 on the season and in 12th place in the Western Conference. It has won five of six and is just 1.5 games out of a top-six seed halfway through its season.

All of this comes amid rumors that the Lakers plan to be active ahead of the Feb. 9 NBA trade deadline. With a month to go before said deadline, Davis’ injury reportedly complicates things for the Lakers.

According to Eric Pincus of Bleacher Report, Davis’ injury and potential return could dictate what general manager Rob Pelinka does. The report indicates that Los Angeles would be less inclined to give up future draft capital if Davis either suffers a setback or doesn’t fully recover from the loose bone spur he has in his right foot. As Pincus notes, a setback would likely require surgery — ending Davis’ season in the process.

The injury-plagued big man has missed each of the past 13 games and and 16 outings in total this season. Since the end of the COVID-shortened 2019-20 season, Davis has sat out a whopping 94 of a possible 195 Lakers games (48%).

It was reported by ESPN’s Dave McMenamin earlier this week that Davis is ramping up his rehab with the expectation that the big man will be able to return when Los Angeles begins a five-game homestand against Luka Doncic and the Dallas Mavericks on Thursday.

Whether that happens will depend on how practices go over the next couple days. But the Lakers can’t be confident that Davis will magically be able to stay healthy after 2.5 injury-plagued seasons. This will have a role in their decision-making process with about a month to go before the trade deadline. 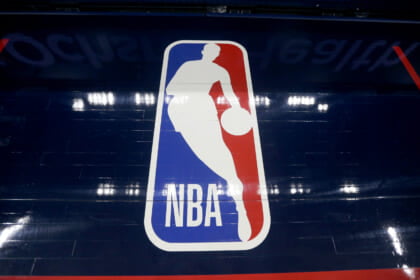 It also must be noted that star forward LeBron James will also have a role in said decision-making process. He was not happy about the lack of activity ahead of the in-season 2021-22 NBA trade deadline. It has caused some friction between the seven-time NBA champion and Los Angeles’ front office.

The Lakers have two future first-round picks (2025 and 2027) available in trade talks. They have pushed back against using them for multiple reasons:

Either way, Los Angeles is going to be among the teams most bandied about ahead of the NBA trade deadline. Davis’ return and what happens after that will certainly play a role.