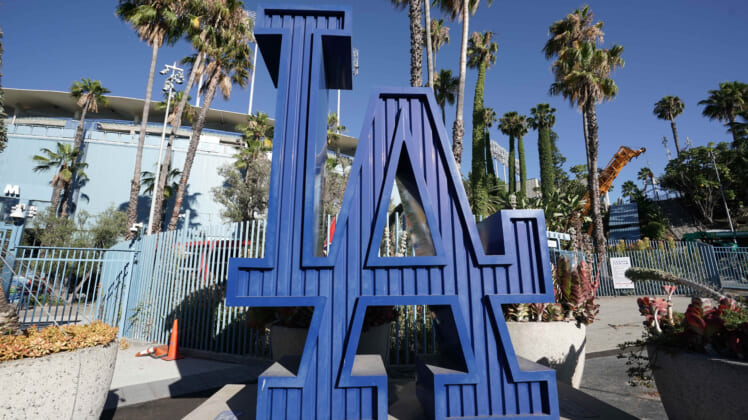 The Los Angeles Dodgers are approaching the MLB trade deadline atop the National League with one of the best records in baseball. Despite a slew of injuries, Los Angeles seems poised for another MLB postseason run even with the current roster assembled.

However, there is always room to improve. Despite holding the second-best run differential in the majors with no NL team even within the realm of where Los Angeles ranks, its evident there are some needs on the roster. The Dodgers rotation and bullpen are both areas to address and a right-handed bat could be a complementary addition.

While there isn’t a superstar like Max Scherzer or Trea Turner available this summer, that won’t stop Los Angeles from being aggressive. Thanks to one of the deepest farm systems in baseball and an MLB roster with young talent, the front office can afford to pay up for any player made available.

The Dodgers and Cincinnati Reds have already talked about Luis Castillo, per Jon Morosi of MLB Network. It shouldn’t come as a surprise, especially since he is the best starting pitcher on the market and it’s becoming increasingly clear the organization wants to strengthen its pitching staff.

Los Angeles could take negotiate in a variety of directions, first likely pushing for quantity over quality. However, that will be the approach numerous contenders pushing for the All-Star hurler take. If the Dodgers want to separate themselves from the pack, one proposal stands out.

While the trade value calculator might analyze this as an overpay, it’s a lot more even when considering the circumstances for both teams. Cincinnati wants to dump Castillo’s salary before his final year of arbitration, projected at $17-plus million kicks in. But it also wants to acquire premium talent who could be in the lineup at Great American Ballpark in the near future. Diego Cartaya is exactly who the Reds would want in a deal.

The Dodgers can afford to pay this price. While Cartaya is their top prospect (FanGraphs and MLB Pipeline), he plays a position that is blocked by future perennial All-Star catcher Will Smith. We’ve also seen the front office prove it can identify and develop talent to replace Cartaya.

Every MLB contender, no matter where its bullpen ranks in major statistical categories, eyes more relief pitching at the trade deadline. It’s no different in Los Angeles, even with the Dodgers’ bullpen ranked sixth in ERA (3.31), fourth in strikeout rate (26.3%) and first in Skills-Independent ERA (3.08).

While getting Tommy Kahnle, Danny Duffy and Blake Treinen back into the relief corps will certainly help, there’s always room to improve. It figures to be a mid-tier option who is a half-season rental, reducing the acquisition cost for the Dodgers.

While the Los Angeles Dodgers could pursue a marquee bat this summer, pitching is a far greater priority. It means the club has to find an underappreciated target to strengthen its outfield depth and Garrett Cooper checks off a lot of boxes as a right-handed bat.

Cooper checks off plenty of things the Dodgers will want from a right-handed bat. Another plus for the front office, Cooper is under contract through the 2023 season. Capable of playing first base and right field, this could be a nice unheralded target who could make a surprising impact down the stretch.

Garrett Cooper should be a prioritized target for the Dodgers, but there’s a chance the Miami Marlins decide to keep him. If that’s the case, Andrew Friedman could explore a larger trade with the Reds involving Castillo or move for the simpler deal.

Drury is appealing for a variety of reasons. First, he would be an incredibly cheap acquisition with only the prorated portion of his $900,000 salary left to pay. Because he’s on a one-year deal, the necessary assets to acquire him would also be diminished.

More importantly, the 29-year-old is a versatile fielder with experience in both the infield and batter. As a right-handed batter, which Los Angeles needs, Drury boasts a .279/.336/.532 slash line with 18 home runs, a 135 wRC+ and an above-average 11.8% Barrel rate this season. In exchange for Nick Nastrini, a solid pitching prospect without a clear future role in Los Angeles, a deal could work for both sides. Of course, there would always be the opportunity to expand the trade to include Castillo.