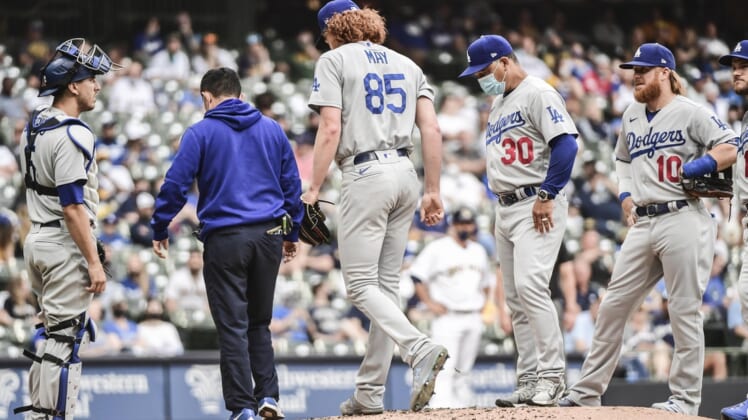 One of the best young pitchers in MLB, Dustin May of the Los Angeles Dodgers will miss at least the next calendar year. The Dodgers announced on Monday that May will undergo right elbow UCL reconstruction (Tommy John) surgery later this month.

May, 23, was placed on the 10-day injured list Sunday after experiencing pain in his right elbow in the second inning of Saturday night’s start against the Milwaukee Brewers. May winced after throwing a fastball to Billy McKinney and then immediately motioned to the dugout for a trainer.

The Dodgers plan to insert Tony Gonsolin into May’s spot in the starting rotation, but he has yet to pitch this season due to shoulder inflammation. Gonsolin is expected to be ready in 3-4 weeks.

With the Los Angeles Dodgers in the midst of a tough stretch that has seen them lose nine of 12, the defending champs could be behind the proverbial eight-ball moving forward.

The good news? They have a tremendous amount of depth in a starting rotation that’s spearheaded by Clayton Kershaw and Trevor Bauer (combined 7-3 record, 2.29 ERA).