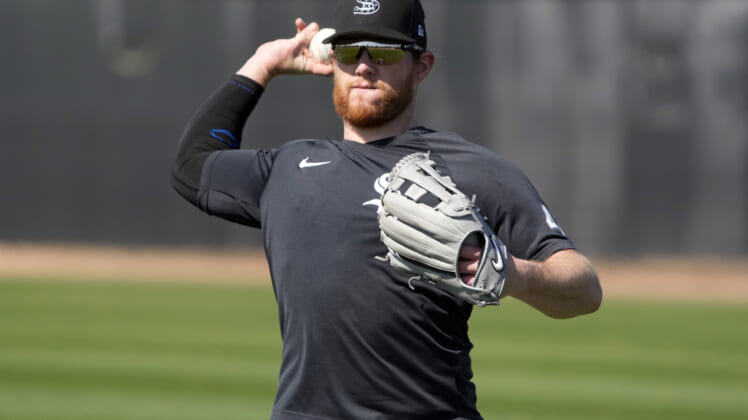 While the eight-time All-Star selection remained with Chicago at the start of the offseason, many anticipated a trade. Chicago’s bullpen already features Liam Hendriks serving as closer and Garrett Crochet is an electrifying left-handed arm who can cover multiple innings.

Kimbrel still found himself with the White Sox just days before Opening Day with a growing expectation he remained. Suddenly, the future Hall of Famer is now headed to the Los Angeles Dodgers.

In exchange, the White Sox are solving one of the few problems in their lineup. Pollock will step into an everyday role, taking over in right field. The one-for-one trade adds $6 million to the Dodgers’ payroll this season, while Chicago will owe Pollock $10 million this season and at least $5 million next year.

After losing Kenley Jansen to the Atlanta Braves, the Dodgers wanted to find a suitable closer. While Kimbrel’s $16 million salary makes him one of the highest-paid relievers in baseball, he is a fantastic addition to the Dodgers.

While some believed Blake Treinen would function as the Dodgers’ closer, the club made it clear it had different plans. The 33-year-old righty posted a stellar 1.99 ERA with a 29.7% strikeout rate this past season. He prefers to serve in an emergency role, coming into the game whenever Los Angeles desperately needs out no matter the inning.

He is firmly secured in that role following this trade. The move also allows Daniel Hudson (3.31 ERA in 2021) and Brusdar Graterol (29% strikeout rate in 2020) to function as late-inning relievers.

Kimbrel is widely viewed as one of the most electric closers in MLB history. While he struggled as a set-up man after being traded to Chicago, he thrives in the 9th inning.

A two-time Reliever of the Year selection and a four-time NL saves leader, the 33-year-old is a perfect fit for the Dodgers’ bullpen. He joins the favorite to win the World Series in 2022 and should remain an elite reliever in Los Angeles.

Just days ago, White Sox manager Tony La Russa said fans who want the team to add a right fielder from outside the organization “are probably not White Sox fans.” Chicago has now acquired two corner outfielders since those comments.

Pollock was reportedly a favorite in the Dodgers’ clubhouse, pairing his quality production at the plate with leadership and being viewed as a good teammate. The 34-year-old outfielder will make Chicago’s lineup even better.

An All-Star selection in 2015, injuries seemingly derailed Pollock’s career just a few years ago. He joined the Dodgers in 2019, playing a part-time role and ascending into a key piece of their lineup this past season.

He’s an immediate upgrade over Adam Engel and Gavin Sheets. The addition also improves Chicago’s bench, pushing either Sheets or Andrew Vaughn into being a pinch-hitter and platoon starter.

The White Sox will likely need to limit Pollock’s innings to avoid injuries becoming a problem, but this is a positive move for the club’s roster.