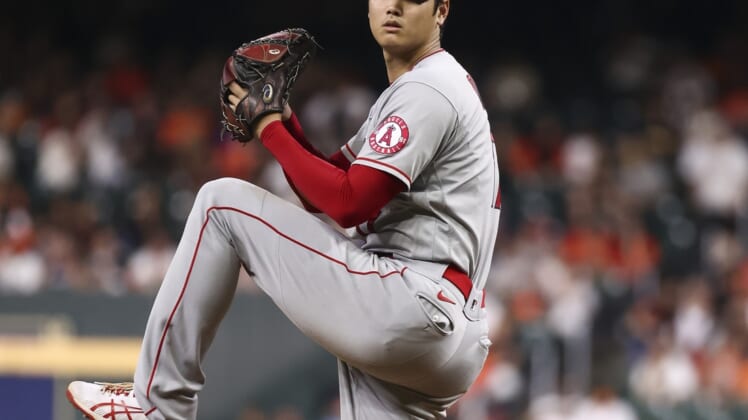 One day after it appeared Shohei Ohtani might be done as a pitcher for the season, the Los Angeles Angels announced a change of plans for their two-way star on Friday.

Ohtani tossed a 32-pitch bullpen session Friday and experienced no arm problems, prompting the Angels to pencil him in for a Sunday start against the Oakland A’s in Anaheim, Calif.

On Thursday, the Angels scratched Ohtani from his scheduled Friday start vs. Oakland because of arm soreness, and manager Joe Maddon said the team was pondering not having the right-hander pitch again this year.

Ohtani, 27, last pitched on Sept. 10, and he had his worst outing in more than two months. He yielded six runs on nine hits in 3 1/3 innings during a 10-5 road loss to the Houston Astros.

At the plate, Ohtani ranks among the major league leaders with 44 homers, with the combination of power and pitching success making him a leading candidate for American League Most Valuable Player honors.