The Las Vegas Raiders benching quarterback Derek Carr sets up a breakup that is just as complex and divisive as his time in the spotlight for one of the NFL’s most storied franchises.

Since Raiders first-year head coach Josh McDaniels announced Carr’s benching at his Wednesday press conference, Raider Nation has been in battle mode with the division over the veteran quarterback’s unique tenure rearing its ugly head again.

Some Las Vegas Raiders fans are upset over what they believe to be disrespect to the one stable part of the franchise since 2014 being shelved. A player who’s soldiered through what has been a dumpster fire of a franchise over the last two decades.

With that in mind, we analyze what seems to be a paradigm shift moment in Las Vegas Raiders’ history.

Some national media claim the business decision by the Raiders is disrespectful and are screaming that they didn’t handle the benching with dignity and class. Although they fail to mention other players who faced a similar fate, including two-time Super Bowl winner Eli Manning — who faced some of the same situations his last two years in New York — they decry management in defense of the brotherhood that is the NFL players and their alumni.

There’s no question the Carr situation is messy and difficult. McDaniels’ press conference reminded me of when my 13-year-old had to tell me he got in trouble at school. He was nervous, stumbling, and clearly uncomfortable. Yet, for those that watch or attend his press conferences regularly, this is nothing new. He does not give a good press conference. I am sure he knew delivering this news would create a national story and he struggled through it. 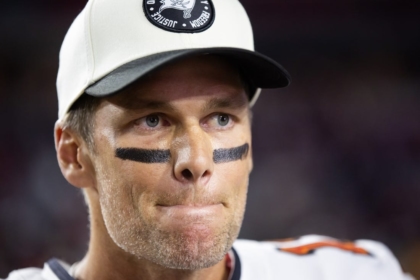 Like the Carr Wars that raged for the past six seasons I covered the Las Vegas Raiders, the end of the Carr era is proving his legacy will always be a divided affair. For all the statistics, team records, good-guy persona, and loyalty, the Carr era will always be full of friction and factions.

For those of us not bound by fan emotion or blind loyalty to the team, it’s a bit easier. Like other longtime NFL quarterbacks who built and sustained good careers without winning much, Derek Carr will be remembered for his talent and ability to push through the soap opera that has been the Raiders since (and even before!) the death of patriarch Al Davis. While he holds team records in so many categories, including most passing yards in a season, Carr didn’t win a single playoff game during his nine-year career. 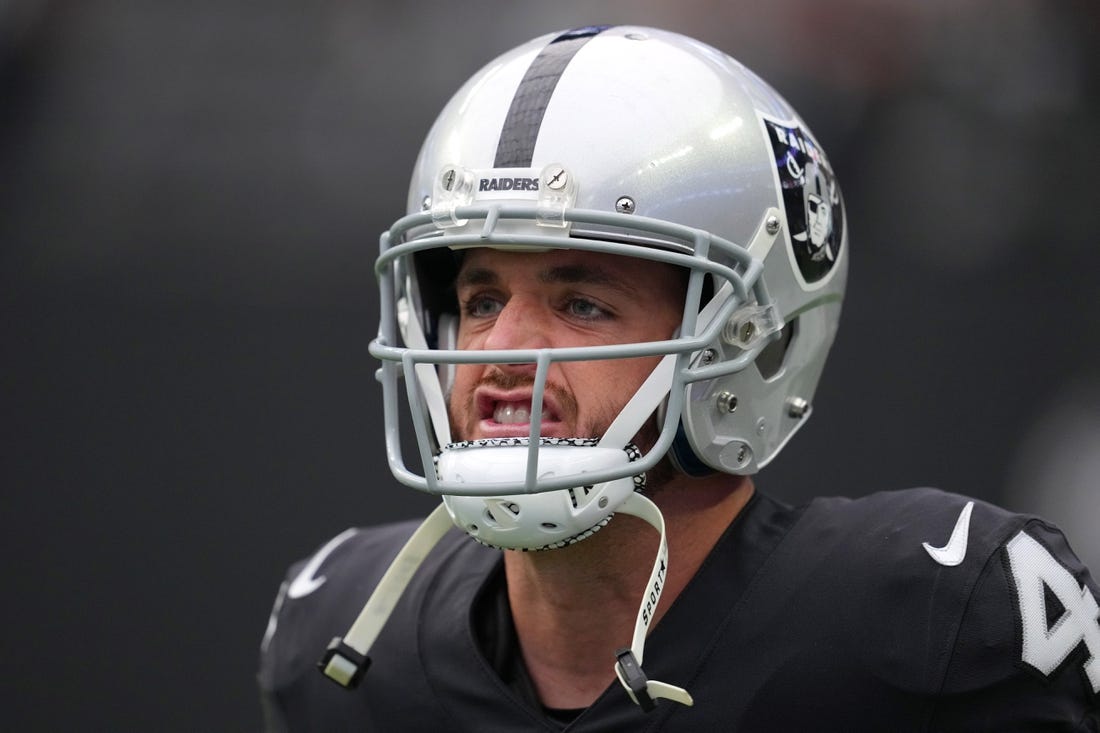 Also Read:
Las Vegas Raiders: After being benched, will Derek Carr walk away from football?

In fact, he only played in one playoff game in 2021 – a loss marred by a late red zone interception against eventual AFC champions the Cincinnati Bengals. In the only other season where his team made the playoffs, in 2016, Carr suffered a broken leg and did not play in their one-and-done playoff appearance that season.

Carr also has signed two extensions with the Raiders. One in 2017 that made him the highest-paid player at his position and this past offseason, with what amounted to an audition year and only one guaranteed season in 2022. So those painting Carr as a victim of a bad franchise conveniently leave out the fact he signed up to stay in the dysfunction. He could have left and 2022 was a “prove it” season, based on the structure of his contract extension.

The simple answer to why Carr was benched this week is he didn’t perform to expectations this season and the Las Vegas Raiders want the option of moving on. He leads the league in interceptions and has his lowest completion percentage since his rookie season. And, while McDaniels’ coaching has been suspect all season as well, Derek Carr’s audition for the Raiders’ new brass has not gone well.

And while the ineptitude of the Raiders during his tenure is not entirely his fault, the talented QB also couldn’t rise above the weaknesses of his teams at key moments. The big moment was never his strong suit. Yes, he had a great way of leading his team from behind with exciting fourth-quarter comebacks. A statistic many love to point to. 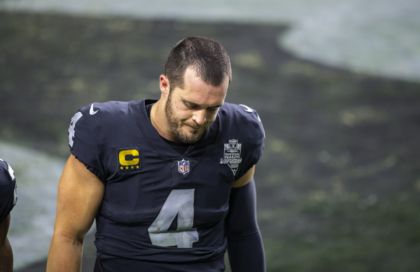 But lost within that is the reason why those teams fell behind late in games in the first place. Many times because the Las Vegas Raiders’ moribund defense couldn’t hold leads and its offense couldn’t sustain drives and make big plays when it needed to. Many times, those comebacks were the Raiders snatching victory out of the jaws of defeat. Sure, he deserves credit for those but it’s not a position winning franchises make habits of.

When national analysts, including former MVP and Raiders quarterback Rich Gannon, would point this out about Carr, his loyal fans would decry it as just hate. Any criticism of Carr seems to draw out an ultra-sensitive reaction from his biggest promoters. There’s nothing wrong with fans defending and loving their guy, but as someone who is critical of Carr when he deserves it, I’ve seen the irrational defense of the indefensible.

The future is uncertain at QB for Las Vegas Raiders

Now, with the finality of the benching of Carr settling in, the warring factions over his career are again at a fevered pitch. Whether or not the Raiders are doing the right thing won’t be known until their plan and path forward at the position become apparent. What is hard for fans to accept is the end of the Carr era was a business decision that could not have been handled with more sensitivity. It’s just not something that could end better.

When I asked fans, with an open mind, how you bench a nine-year starter in the NFL and treat them with “more respect,” I got no answers. Just generalizations like “they should have let him play the final two games.” As if that would soften the blow of a proud and talented pro athlete losing his job and having to leave the only team he’s known as a pro? Or, not fully understanding the business decision and the $40 million risk at hand. 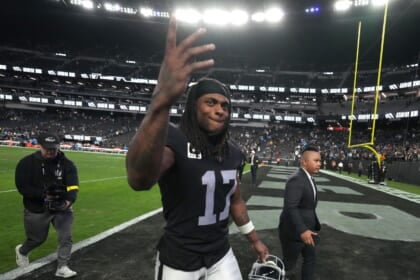 The only way the fans would be happy is if Carr were to be heralded a hero on his way out the door. That never happens in pro sports unless an athlete announces his retirement in advance and embarks on a goodbye tour during their last season. I understand and sympathize with the fans’ desire to say goodbye in a nice way. But, it’s a cold, hard cash-based business. There was no way to do it in this case.

Derek Carr’s legacy will be as controversial as his tenure

The fact remains Derek Carr was a great Raider. He never embarrassed the franchise and was a beacon of hope and steady moral fortitude in a sea full of muck. For this, he should be remembered, in time, for his contribution to the franchise. He performed, at times, at a very high level and will forever be etched in the record book of the Raiders franchise.

And, one day, when the hurt and angst over how it ended for him in the Silver and Black has been given time to heal, he will be celebrated and remembered for his contribution. But for now, the Raiders must be focused on the future and actually doing something they have not been able to do with Carr or anyone else since 2002, and that’s winning. 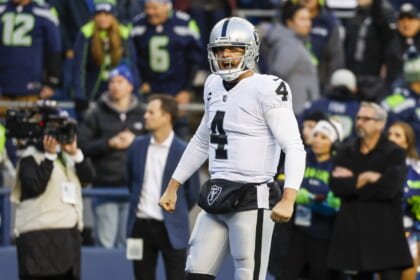 It’s unfortunately, a cold-hard fact Raider Nation is learning all too well this week. The NFL is a business, and sometimes a business that is predicated on the old saying of “what have you done for me lately?” It’s impersonal and messy.

The machine of professional football rolls on. The Raiders are part of the machine and they will have a new quarterback next season for the first time in a generation. Fans need to mourn, and they will. But knowing Raider Nation, whoever is behind center will again be embraced and loved by the sports world’s greatest fans.