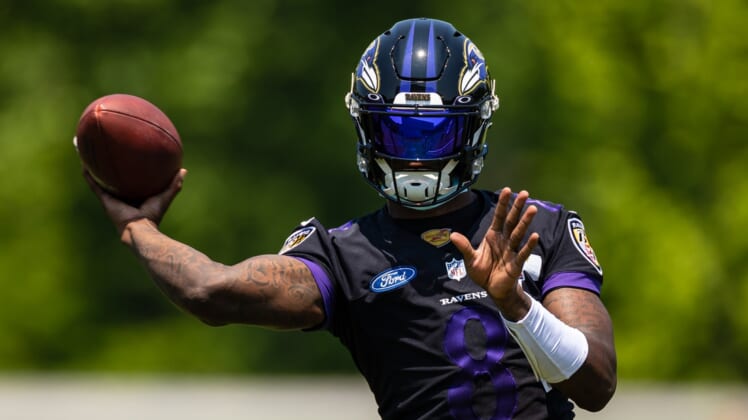 Baltimore Ravens quarterback Lamar Jackson said Wednesday that his focus remains on winning a Super Bowl, rather than the status of his contract.

Jackson, 24, was named the 2019 NFL Most Valuable Player and guided the Ravens to three trips to the postseason since entering the league as a first-round pick (32nd overall) in the 2018 draft.

The Ravens exercised the fifth-year option for Jackson in April. He is guaranteed $23.016 million in 2022, although Jackson is scheduled to make $1.771 million this season as he enters the final season of a four-year, $9.47 million rookie contract.

Jackson has appeared in 46 regular-season games with the Ravens and is 30-7 as a starter. He’s thrown for 7,085 yards with 68 touchdowns and 18 interceptions. He’s also had back-to-back 1,000-yard rushing seasons and has 19 touchdowns on the ground.

In the playoffs, he is 1-3 as a starter, and his completion percentage is just 55.9 percent compared to 64 percent in the regular season. He has thrown three touchdown passes and five interceptions in the playoffs.