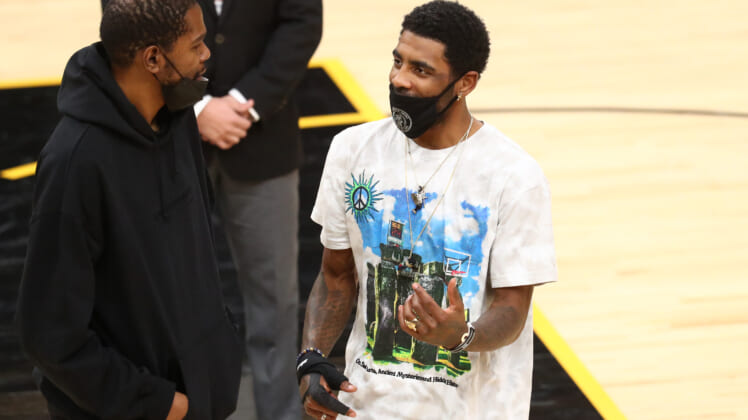 Kyrie Irving and the Brooklyn Nets remain at an impasse as the team opens up his home preseason slate against the Milwaukee Bucks on Friday.

If you’ve followed this story, you know full well that Irving remains against receiving the COVID-19 vaccine. This stance threatens to sideline him for home games throughout the entirety of the 2021-22 NBA season due to local COVID-19 vaccine requirements in New York City.

Having sat out Brooklyn’s preseason opener against the Lakers in Southern California on Sunday, Irving will also be sidelined against Minnesota.

The Nets have already ruled out their star point guard due to the aforementioned mandates in the Big Apple.

This comes fresh off reports that the Nets are still deciding what to do with Kyrie Irving should he remain unvaccinated. There’s a chance that the championship contenders could opt to sit him until/if he receives the shots.

More than anything, it’s logistical. Not only will Irving be unable to play home games, he can’t practice with the team in Brooklyn. With multiple long home stands throughout the season, including the second week of the campaign, this could cause some pretty big issues.

The 29-year-old Kyrie Irving is coming off the most efficient season of his career. He averaged 26.9 points, 4.8 rebounds and 6.0 assists while shooting 51% from the field and 40% from three-point range.