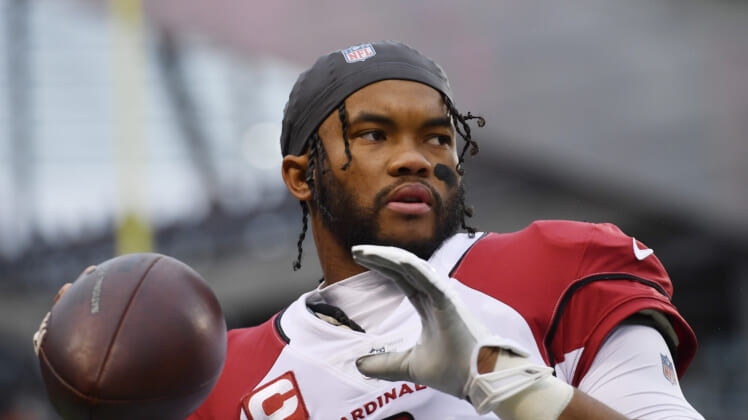 Despite all the recent offseason friction over a new Kyler Murray contract, it seems the Arizona Cardinals and their franchise quarterback are back on the same page, and a new long-term deal could come this summer.

It has been a roller coaster last month for the Cardinals and Murray. The team’s decision to rebuff their star player and his agent’s advances on a new long-term deal was met with frustration, and some unexpected dark clouds began to hang over the future of their football relationship.

Word came that the team hadn’t even tried to negotiate a new deal, and that team-Murray had officially rescinded their contract offer. Soon after, Cardinals general manager Steve Keim let it be known there was “zero chance” the team would trade their QB amid the rumors of a growing rift. Since then, it seems that cooler heads have prevailed and the two sides are on good terms once again.

Arizona Cardinals and Kyler Murray back on good terms

In a new report from NFL Network insider Ian Rapoport, it seems all is positive again in Arizona and there is a very real chance a new Kyler Murrary contract could be hashed out once the front office gets through the NFL draft and spring OTAs.

“When I tweeted about Steve Keim’s comments yesterday that there was ‘zero chance’ the Cardinals would trade Kyler Murray, Murray then responded to my tweet with the 100-emoji. Meaning he’s for it. So we have come a long way with the Arizona Cardinals and Kyler Murray,” Rapoport said Friday on the NFL Network.

“It doesn’t sound like they’ve gotten there yet on a contract. If you listen to the timeline Steve Keim discussed, it sounds like get through the draft, get through some of this spring stuff, and then maybe get to work and have an extension at some point during the summer, or before training camp,” he continued. “But at least the two sides are at a point where they acknowledge no one is going anywhere … this is a match that makes sense, and it seems like they are moving forward together.”

Why waiting on a new Kyler Murray contract makes sense

Simply put, what’s the rush? Murray is signed for this season at a wildly team-friendly cost of $965,000 (via Sportrac), and then he will receive a massive bump up in pay with a $29 million team option for 2023. Does Murray deserve a long-term deal? Of course. Has Murray almost single-handily pulled the Cardinals out of their usual place in obscurity? Definitely. Does a deal need to happen right away? Not really. 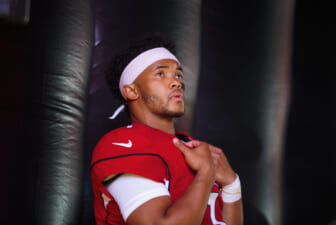 Surely there is the fear a player becomes disgruntled and forces their way out of an organization. And when it comes to QBs they have a lot more leverage than most. We have seen the peaks of that power recently in how Aaron Rodgers has controlled his destiny. However, the NFL salary cap is a delicate thing and needs to be planned out long-term. It is only fair that the team wants to see where they sit after this year’s draft and with possible injuries in spring workouts.

The Cardinals are not stupid and know how important Murray is to the present and future of their franchise. Draft scouting can be an all-consuming practice the closer things get to April 28. Once, that hurdle is crossed, expect the Arizona Cardinals to focus all their attention on making their best player happy and a part of the family for many more years to come.