Kyle Busch and McLaren in ‘serious conversations’ for Indianapolis 500

McLaren remains in "serious conversations" about running Kyle Busch in a fourth entry for the 2023 Indianapolis 500, according to the Associated Press. 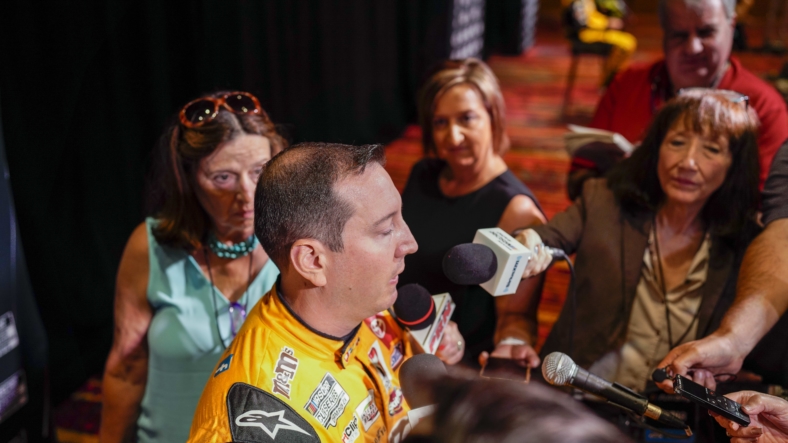 Kyle Busch’s move to Richard Childress Racing has opened the door to running the Indianapolis 500 and it appears that a move could be happening sooner rather than later.

According to the Associated Press, McLaren remains in “serious conversations” about running a fourth entry for Busch next season. The upcoming Chevrolet driver would likely be sponsored by Menards.

Joe Gibbs Racing and Toyota Racing have previously denied Busch the opportunity to compete in the Indianapolis 500, but his new contract with Richard Childress Racing allows him to have this option.

This is not the first time that Busch has been interested in possibly running the biggest event on the racing calendar. As previously stated, Joe Gibbs Racing and Toyota Racing did not have this option for him.

However, Busch sent a message out to NTT IndyCar Series teams within the Chevrolet camp to “call him up” during his introductory press conference with Richard Childress Racing over a week ago.

However, Arrow McLaren SP has emerged from the group of teams. Sam Schmidt, co-owner of the organization, has expressed his serious interest publicly in grabbing Busch for one of his entries.

Schmidt would “love” to have Busch in one of his cars and asked for his number. It’s not hard to imagine why this would be very appealing not just to Schmidt, but to both sports of IndyCar and NASCAR.

He also talked about how it would be great to have another double-duty driver for the Indianapolis 500 and Coca-Cola 600 on the same day. Busch’s brother Kurt Busch has previously attempted this feat.

Jimmie Johnson has also shown interest in possibly running the double with Chip Ganassi Racing in the Indianapolis 500 while Trackhouse Racing’s owner Justin Marks has opened the door for the Coca-Cola 600.

There is a possibility of two drivers running the double in the same year. It would be an incredible development for racing in general and something that has not happened for some time.

Busch has also been granted permission to run the event by his wife and new NASCAR organization. This has given him a clear field of play to make this work and knock an event off his bucket list.

Related: Kyle Busch receiving interest from a team for the Indianapolis 500

Hopefully, Busch and Arrow McLaren SP are able to work out the possible fourth entry and start the process toward one of the motorsports’ longest days for the two-time NASCAR Cup Series champion.