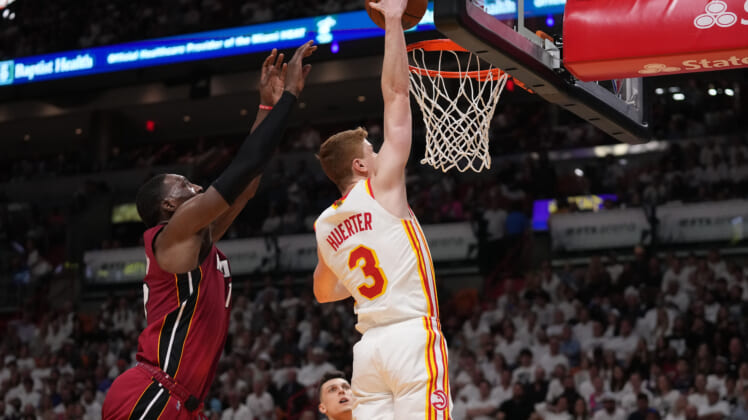 The Sacramento Kings have acquired forward Kevin Huerter from the Atlanta Hawks, picking up the 23-year-old in exchange for a protected first-round pick and two players.

Entering the offseason, Sacramento wanted to address its lack of depth and talent on the wing. After drafting Keegan Murray with the fourth overall pick, the Kings were reportedly still involved in trade talks with Atlanta regarding Huerter and John Collins.

Huerter, the 19th overall pick in the 2022 NBA Draft, signed a four-year contract extension with Atlanta in October 2021. Following the acquisition of Dejounte Murray, the Hawks immediately began exploring deals to clear out their log jam of highly-paid forwards.

According to Adrian Wojnarowski of ESPN, Sacramento is acquiring Huerter in exchange for Justin Holiday, Mo Harkless and a protected future first-round pick.

It’s been an active 24 hours for Sacramento, with the franchise agreeing to a $19 million contract with Malik Monk at the start of NBA free agency. By adding Monk and Huerter, Sacramento shores up one of the weakest positions on its roster and retained veteran Harrison Barnes.

Huerter, under contract through his age 27 season, is entering the fifth year of his NBA career. He attempted 54.1% of his shots from beyond the arc this past season with 118 attempts from the corner. Huerter is an effective perimeter shooter, hitting 44.9% of his three-point attempts from the perimeter last season and he has averaged 2.1 three-pointers made per game over the past three years.