Kevin Durant has a suggestion for “entitled” NBA fans who question players’ intensity level during the regular season: “Just shut up and watch the game.”

The NBA is a very different league than it was in the 20th century. The league is far more geared to offensive showcases and has removed a great deal of the physicality that was a staple of the play for decades.

Organizations and players have also drawn the ire of fans in recent years by employing strategies to lower the risk of injuries by using what is dubbed as “maintenance days.” There are also those who have long questioned the level of intensity from players throughout the regular season. Especially when it comes to the defensive side of the game.

Brooklyn Nets superstar Kevin Durant is no fan of these complaints from supporters of the league.

In an exclusive interview with ESPN published on Friday, the 12-time All-Star was asked about the perception of some NBA fans that athletes aren’t playing hard during average regular season games. Something Durant believes is the opinion of “entitled” fans that need to “shut up.”

“Fans have become more entitled than anything. So they’re starting to question our motives for the game, or how we approach the game. The ones that do question — like who are you? Just shut up and watch the game tonight. We go as hard as we want to go. We go as hard as our bodies allow us to go at this point.”

In Durant’s mind, some fans take NBA players for granted and don’t appreciate all the other elements of life in the league beyond just the games.

“They only see us when the games come on, but the travel, the practices, the shootarounds — we’re constantly moving around. So every game’s not going to be a high-intensity playoff game. … So if fans just stop taking us for granted, for one. Stop putting too much pressure on each athlete to live up to their standards.

“But then everybody appreciates what we bring to the table. … You rarely get a day off as a fan from the NBA, so learn to appreciate the grind that we go through and stop just looking at the money and expecting us to just perform for you and perform from the standards — those high expectations that you put on each one of us as individuals.” 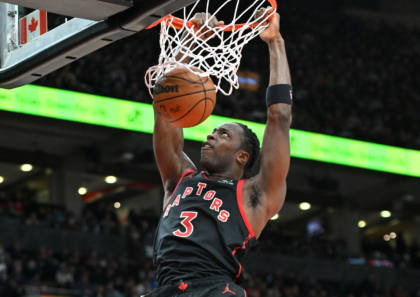 Kevin Durant and the Nets have been on fire lately and have flown up the NBA standings and our NBA power rankings over the last few weeks. Brooklyn will be back in action on Sunday in a matchup on the road against the Miami Heat.