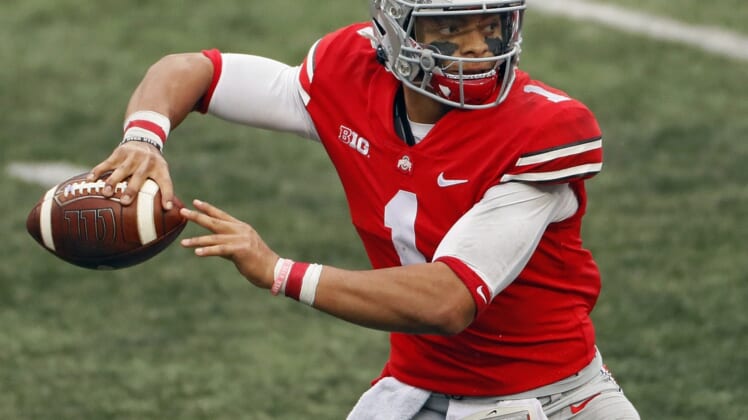 Ohio State Buckeyes quarterback Justin Fields (1) gets ready to throw the ball against Indiana Hoosiers during the third quarter in their NCAA Division I football game on Saturday, Nov. 21, 2020 at Ohio Stadium in Columbus, Ohio.Osu20ind Kwr32 1

Other members of Fields’ family have outgrown the neurological condition, and doctors believe he will, too, per the report. Diagnosed years ago, Fields has not had any epileptic seizures recently and takes medication, per the report.

Fields passed for 5,373 yards and 63 touchdowns in 22 games over two seasons with Ohio State. He transferred there after one season at Georgia, in which he played in 12 games in a backup role and threw for 328 yards and four touchdowns.

He was intercepted nine times in college and had a completion percentage of 68.4.

Fields could be selected as high as No. 3 by the San Francisco 49ers in the draft, which begins April 29.