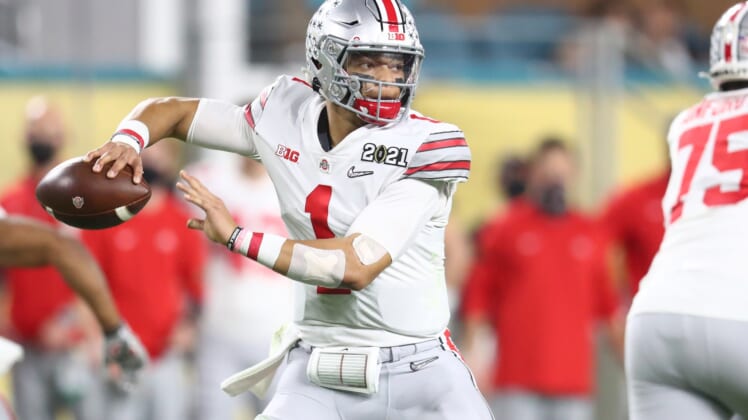 Former Ohio State quarterback Justin Fields is slated to be a top-five pick in the coming 2021 NFL Draft. He’s seen as a dual-threat signal caller and someone who could be a generational player under center.

With multiple teams looking into the possibility of selecting Fields, the quarterback just informed teams that he’s suffering from a neurological disorder called epilepsy that can cause seizures.

It must be noted that doctors believe Fields will outgrow it as other family members have.

“Epilepsy is a chronic disorder, the hallmark of which is recurrent, unprovoked seizures. A person is diagnosed with epilepsy if they have two unprovoked seizures (or one unprovoked seizure with the likelihood of more) that were not caused by some known and reversible medical condition like alcohol withdrawal or extremely low blood sugar,” Epilepsy.com defined the disorder as. “The seizures in epilepsy may be related to a brain injury or a family tendency, but often the cause is completely unknown. The word ‘epilepsy’ does not indicate anything about the cause of the person’s seizures or their severity.”

There’s a wide range of outcomes when it comes to epilepsy. Some don’t experience the aforementioned seizures. Others have it impact their lives on a near-daily basis. As someone who has been close to a family member with epilepsy, I can say that it is a potentially scary disorder.

On the field, it’s not yet known whether this will impact Justin Fields’ draft stock. Right now, he’s favored to go No. 3 overall to the San Francisco 49ers after they traded up to that selection. We’ll obviously have more on this story as it breaks.