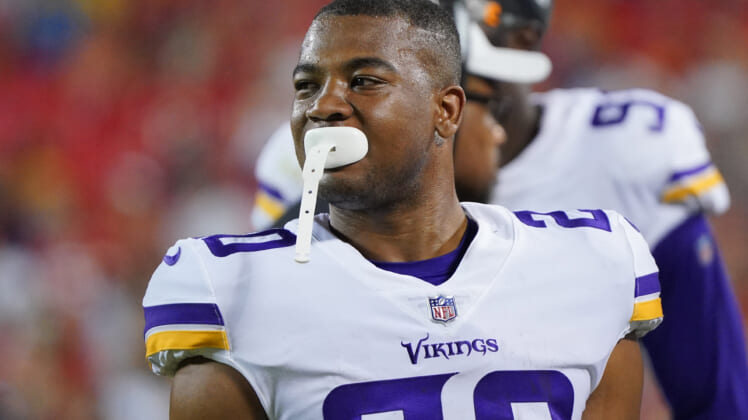 The NFL world is dealing with more tragic news with reports that Arizona Cardinals cornerback Jeff Gladney has tragically passed away at the young age of 25.

According to Gladney’s agent, Brian Overstreet, the cornerback passed away in an overnight car accident in the Dallas area.

This seems to fit the timeline of a reported accident in which two people died overnight on the Woodall Rogers Freeway in Dallas.

“Once at the scene deputies found two vehicles wrecked and two people dead. Officials later confirmed that it was a male and a female in one of the cars that died in the accident — their names won’t be released until they are positively identified and next of kin is notified.”

A first-round pick of the Vikings back in 2020, Gladney started 15 games as a rookie. He was released following that rookie season after being indicted on domestic violence charges.

Gladney was found not guilty on the charges back in March and signed a one-year contract with the Arizona Cardinals shortly thereafter.

“We are devastated to learn of Jeff Gladney’s passing. Our hearts go out to his family, friends and all who are mourning this tremendous loss.”

Players around the NFL, some of Gladney’s former teammates included, took to social media to pay homage to a man who passed away way too early. The posts are pretty heartbreaking given the circumstances.

As a breaking news story, we’ll have further informaiton on this tragic news. For now, our thoughts go out to those close to Jeff Gladney.