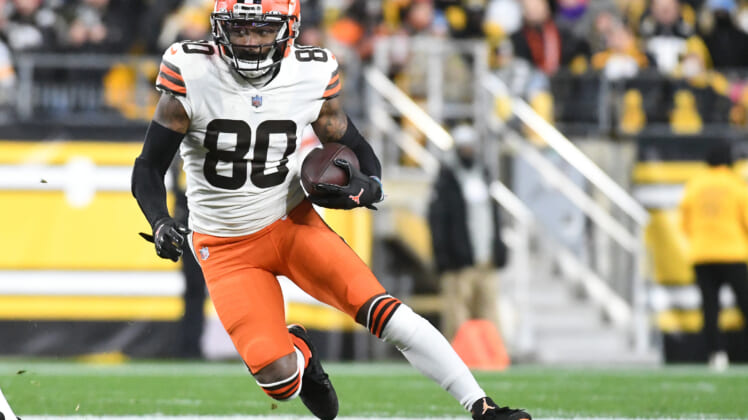 Since being released from the Cleveland Browns this offseason, wide receiver Jarvis Landry has been rumored to sign with a number of teams, including heading back to the Dawg Pound for a fifth season.

Instead, the five-time Pro Bowl wideout out of LSU is headed back home to play for the New Orleans Saints, following suit with Tyrann Mathieu who recently signed in his home state as well.

According to Jordan Schultz, Landry has signed a contract with the Saints, but the length and dollar amount are currently unknown. We’ll update this story when the details leak.

Landry brings The Juice back to Louisiana

Born and raised in Louisiana, after starring with the LSU Tigers, Landry landed with the Miami Dolphins in the second round of the 2014 NFL Draft. He immediately became a threat from the slot, establishing himself as one of the top possession receivers in the league.

By his second year, Landry already surpassed the 100 reception mark, and racked up over 1,000 receiving yards in both 2015 and 2016. After being traded to the Cleveland Browns in 2018, Landry went on to post another 1,000-yard year his second year in the system.

In the past two years, the Browns’ offense has struggled, and Landry missing six games surely didn’t help. His numbers have slipped, tallying 840 yards and then 570 in 12 games last season, but Landry still brings excellent route-running to the table.

While at 29 years old, he may no longer be a 1A, or 1B option, the Saints don’t need Landry to steal the show.

They also will get Michael Thomas back from injury and have since added Chris Olave in the first round of the 2022 NFL Draft. Now, by adding Landry, Jameis Winston has a full receiving corps to work with in 2022.